Four IBMA Nominations For The Grascals 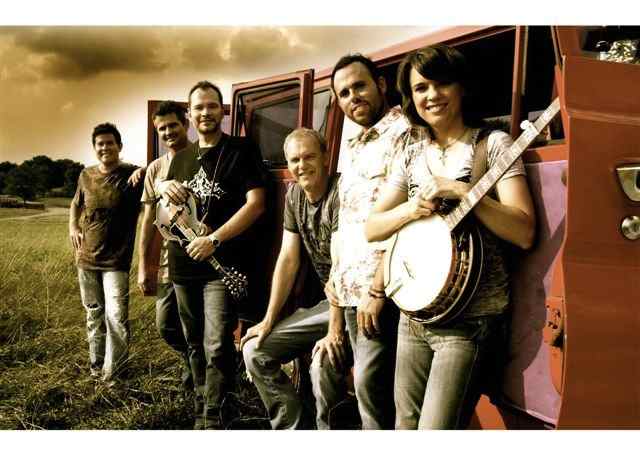 The Grascals’ head into the final voting for the International Bluegrass Music Association Awards ballot with a total of four nominations:  Entertainer of the Year,  Song of the Year,  Recorded Event of the Year and band member Kristin Scott Benson, reigning three-time Instrumental Performer of the Year (Banjo), is in the running for that honor again this year.  Winners will be announced at the organization’s 22nd annual awards show, scheduled for 29th September, 2011 (7:30 p.m. CDT), at Nashville’s historic Ryman Auditorium.  The ceremony will be broadcast live on SiriusXM’s Bluegrass Junction.

It’s always an honor for us to be nominated for any award. It’s especially gratifying to know these votes came from our peers – Jamie Johnson, co-founder of The Grascals.

The Grascals are a Grammy-nominated group founded in 2004 by Terry Eldredge, Jamie Johnson, Danny Roberts and Terry Smith.  The band has a shelf-full of awards already, including:  IBMA Entertainer of the Year 2006 & 2007, 2011 SPBGMA Instrumental Group of the Year, and 2010 SPBGMA Bluegrass Band of the Year.  They’ve made over 100 Grand Ole Opry appearances, and some of this year’s media coverage includes: Better TV, The Talk, Fox & Friends, GAC-TV’s On the Streets, The Daily Buzz, CMT’s Southern Fried Flicks With Hazel Smith, RFD-TV’s Larry’s Country Diner, and Inside Music Row.

Fans can watch the I Am Strong video, join The Grascals’ mailing list and more at www.grascals.com.