Four Consecutive Awards for The Roys 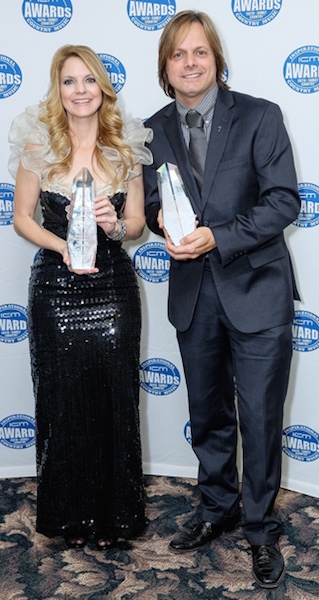 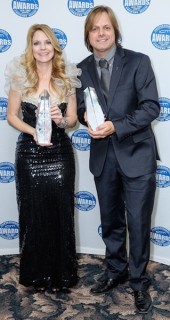 Brother/sister duo The Roys have won the Bluegrass Artist of the Year award for the fourth consecutive year at this week’s 20th Annual ICM Faith, Family & Country™ Awards show.

The disc hit stores in September, debuted at #2 on the Billboard Top 10 Bluegrass Albums chart, and generated a #1 single with “No More Lonely” on the Bluegrass Today Weekly Airplay Chart.

Truly humbled once again by this honour – Elaine.
We thank the Lord Jesus and Mom and Dad – Lee.

Following their acceptance of the award, The Roys delivered a stellar version of the poignant “Mended Wings” from their album The View, their fourth release on Rural Rhythm Records.

You can find more at: