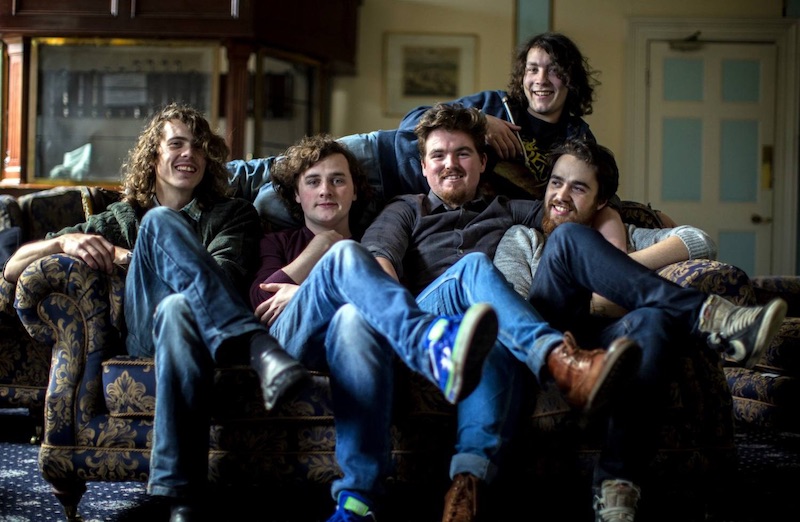 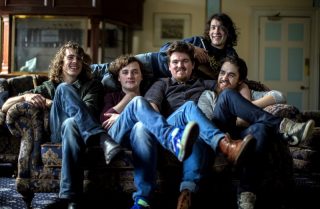 Here’s some great news from a young UK Bluegrass band called Flats & Sharps. They are about to start their second Australian tour, which includes performances at the Blue Mountains Music Festival, Katoomba, the National Folk Festival, Canberra. They will also be performing other dates around NSW.

In addition to their tour, the band will be launching a new CD, The Bluegrass Album,  featuring traditional Bluegrass material that they say the each grew up with and still perform to this day.

Flats & Sharps are a high-energy contemporary Bluegrass band, from Penzance in Cornwall, who are renowned for their own highly original songs as well as their blistering renditions of Bluegrass classics. The band includes Kirk Bowman on banjo, Mikey Ponsford on mandolin, Josh Warner on guitar, Danny Hart  on fiddle and Liam Fitzharris the double bass.

Flats & Sharps have honed their skills in hundreds of live performances over the past six years, charming and wowing audiences along the way. They’ve progressed from their days of busking in Penzance as 17 year-olds, to performing at the Proms in Hyde Park, London, and at scores of festivals throughout the UK, Ireland and Europe. They made a brief first tour here last April, delighting audiences at the National Folk Festival and Fairbridge Music Festival, WA. They also took in the Petersham Bowling Club in Sydney.

Flats and Sharps performances at Fairbridge Festival were nothing short of sensational. The standard of musicianship, rapport with audience and high entertainment value gathered more and more momentum as they dug into the event. Their final performance to over 1000 people on the final gig was one of the festival’s most significant events in recent years. I wouldn’t hesitate to book this band again in the future – Rod Vervest, Artistic Director Fairbridge Festival.

You can learn more on their: