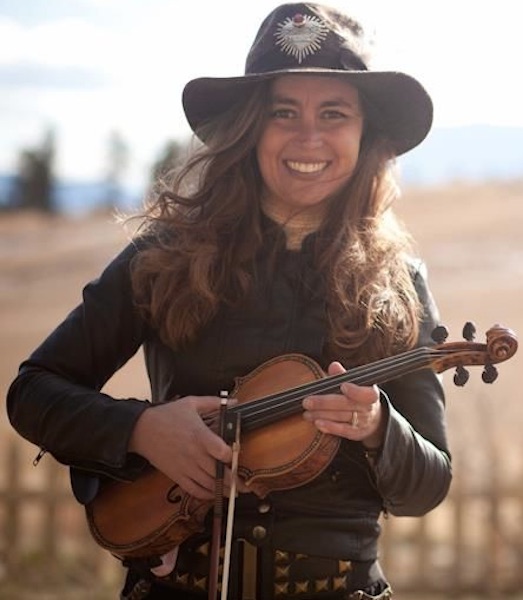 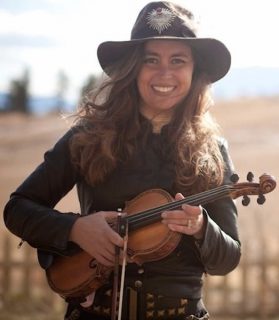 With a passion for teaching and performing, Annie Savage’s band plans twin fiddle album with the support of fans and friends

Fiddle fanciers will delight in the opportunity to support great music and education with an online crowdsourcing campaign launched by Annie Savage and The Savage Hearts band.

Interested supporters can check out the Kickstarter campaign here. Those who support the campaign can earn rewards including Annie’s Savage Fiddler Method Book, educational opportunities, CDs and more.

Although a young band, members of The Savage Hearts have recorded, performed and produced more than 30 albums. The band is headed up by fiddler and instructor, Annie Savage and they are making plans for an album featuring students and professionals, “playing it forward together” in one studio, and all flavoured with the spicy southwestern bluegrass sound for which The Savage Hearts are becoming known.

Annie grew up as a Suzuki violinist from the age of 2 and learned to jam and perform from the age of 10 in the bluegrass circles of southeast Iowa and Missouri. She attended the Interlochen Arts Academy and pursued an active classical music career on the east coast. After years of recitals, auditions and academic music study, she developed a passion for jamming and creating music in the moment by ear.

Jamming was the skill that allowed me to not only enjoy music to its fullest extent, but it’s what even the great composers had done when they were writing all of the classical pieces I’d been playing. Even more interestingly, more often than not, it was reading chords and playing by ear that allowed me to actually make a living as a musician – Annie Savage.

Savage developed a combination of playing by ear first, learning to read next and jamming with others, calling it the “Savage Fiddler Method.” She refers to her mission as total world domination through small, vibrating wooden boxes, and has been a highly-praised instructor at Steve Kaufman’s Acoustic Kamps.

Plans for the upcoming album, The Twin Fiddle Album, include feature spots for the band member’s our own children and students right along with guest fiddlers from the mountains of the west to the studios of Nashville. Special guests will include the award-winning Becky Buller, Greg Blake, Jeff Scroggins, Ellie Hakanson, with more names to be added.

Twin fiddles have long been a hallmark of bluegrass and swing music. The album will feature a mix of songs with standards to be sung, and a mix of traditional, Latin flavored and straight up honky-tonk tunes — all delivered with the heart and integrity of The Savage Hearts. Supporters of the Kickstarter campaign will help to encourage young players, and will assist with studio, production, duplication and promotion costs … and will help the band to share its mission of music and education on the road.

For more on Annie and The Savage Hearts Band, visit their website.