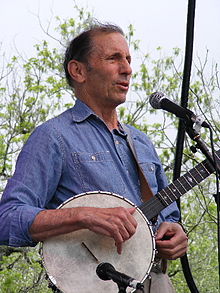 Here’s an interesting story from the New York Times this morning.

Warren Hellman, a Wall Street investor who was president of Lehman Brothers and whose passion for bluegrass inspired him to create a San Francisco music festival that draws hundreds of thousands of people a year, died on Sunday in San Francisco. He was 77. Hellman passed away on December 18, 2011 of complications from his treatment for leukemia.

Read the full article in the New York Times.