Fast Track on the Right Road 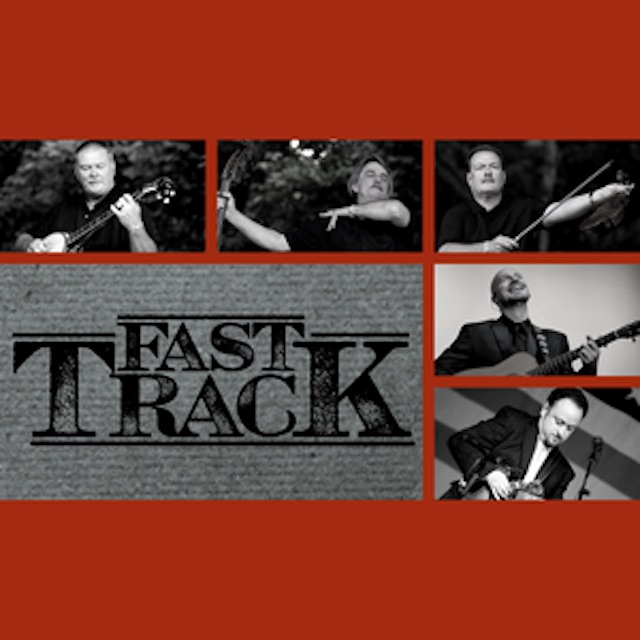 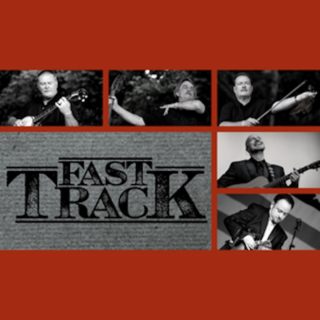 Fast Track is a band formed following the recent announcement of the retirement of long time Cardinal Tradition band leader, David Parmley. Three of the four members decided to form the band and sought out to fill the remaining spots, mandolin and guitar, seeking instrumentalists who were also strong vocalists.

The five members of Fast Track are not only all highly decorated in awards from the IBMA and SPBGMA organizations, but are also veteran players on the Grand Ole Opry stage, across the United States, up through Canada, and throughout Europe. Between all of the gentlemen, they have performed with, recorded on and participated in countless projects with bluegrass and country music royalty throughout their most impressive careers.

The Fast Track members are: Dale Perry on banjo, bass and vocals, Steve Day on fiddle and vocals, Ron Spears on bass and vocals, Jesse Brock on mandolin and vocals, and Duane Sparks on guitar and vocals. This band already has a list of music compiled from favorite songwriters, as well as original music they have written, that they will be choosing from for a project that is set to start immediately, with an EP to be released early next year. That highly anticipated release can not come to soon according to the overwhelming support and encouragement the band has already received from their fans in the bluegrass community.

When we found out David was retiring, our first thought was that he deserved it and we were so happy for him. Our second thought? We aren’t ready, and so Fast Track was born. From our three advancing members, Dale Perry, Steve Day and Ron Spears, we were privileged enough to add two more veteran grassers to our band family, with Jesse Brock and Duane Sparks. Together we have created an incredible sound that we can’t wait to share with all of you. We really enjoy playing music together and are focusing on original music arranged and performed in our own unique and traditional style. We look forward to seeing all of you on down the road and continuing to pick, grin and pick some more – Fast Track.

Wilson Pickins Promotions has been hired by the Fast Track band to handle all of their publicity and booking needs.

We have known and loved these guys for such a long time, musically and as friends. It is our privilege to work with each and every one of them and there’s really no question that the show and the music will be outstanding with these five musicians together on a stage. I am so glad that we are ready to move forward now and all the pieces are in place, it’s going to be amazing – Melanie Wilson.