Eliza Doyle – It Ain’t What it Seems 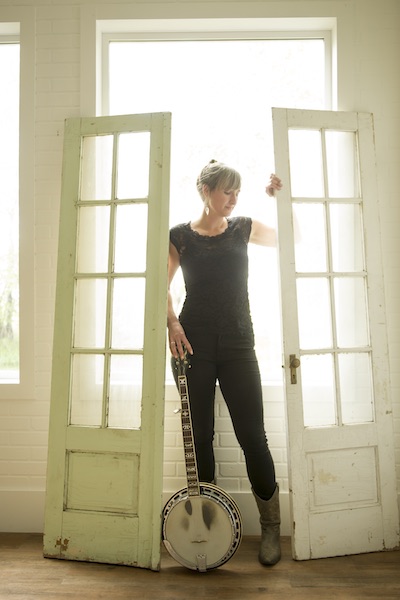 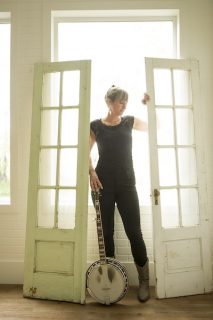 When Eliza Doyle’s car broke down in Nashville in 2015, she found herself happily stuck in Music City USA. The venerable banjo player and singer/songwriter from Saskatchewan had stopped in to see a festival and ended up enjoying an extended stay, playing in bars and meeting all manner of talented musicians. Having been on sabbatical to follow her muse anyway, it seemed like fate urging her to keep on the well-worn path to musical fulfilment.

Eliza Doyle has had a fifteen-year career in groups, as a solo artist, and as a professional session musician, playing banjo, singing, with not only the banjo, but with guitar, Dobro and mandolin. She has released nine full-length albums, won numerous awards, and toured North America and Europe. Doyle has been a regional finalist in CBC’s Searchlight Canada competition and past winner of Bell Media’s contest, The Next Big Thing.

On her new album It Ain’t What It Seems Doyle’s strong, but wonderfully frayed voice belts out captivating tunes and harmonies. She has the versatility to go from beautiful and melodious songs, to a full on boot stompin’ party scene. With her charismatic high energy performance, combined with outstanding claw hammer banjo, everything about Eliza Doyle’s music rings of an authenticity that takes you straight to the beating heart of folk and bluegrass music.

Eliza Doyle plays banjo, guitar, Dobro, and sings on the album, which has given her lease
to explore the musical expression of some of the lyrical ideas on the album. Themes like personal
struggle, the unknowns of travelling, and lost love. It Ain’t What It Seems looks through the eyes
of someone taking on the world by themselves, celebrating the freedom and empowerment that
comes with that bold task.

Doyle’s innovative and unique songwriting and performances have impressed audiences around the world. She is a versatile player, and her charismatic performance, combined with outstanding clawhammer banjo and sophisticated songs will captivate you and leave you wanting more – All Folked Up.net.

Eliza Doyle – It Ain’t What It Seems