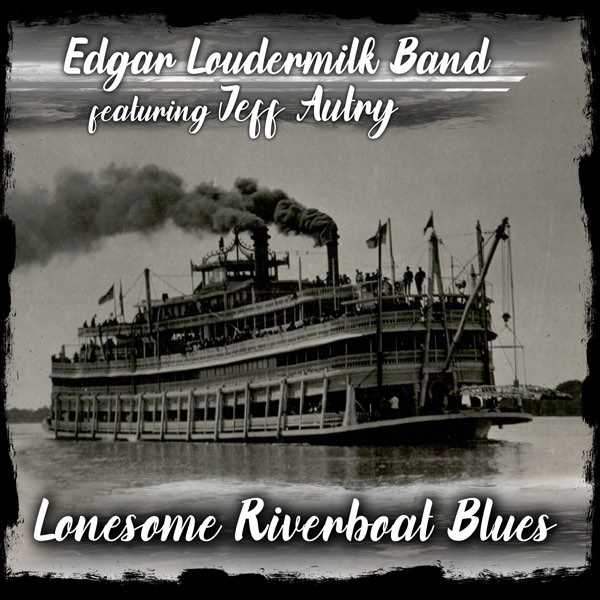 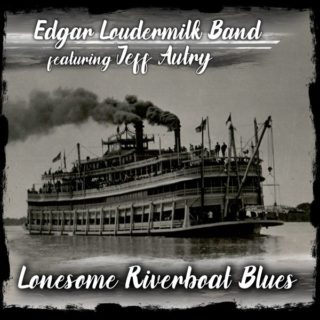 The House My Daddy Built was written by Mark “Brink” Brinkman, Mike Morgan and Jeff Elliot.

I related to this song immediately because it made me think of my grandparents home. We had a big family, and I lived close to them, my Grannie and Papa’s place was special. One of those places that all the family gathers, my aunts, uncles, and cousins were there all the time, and a lot of love was around that house. And with my Grandpa, Dad, and Uncle, all being preachers, it was a blessed childhood growing up around that home. This song makes me think of those days gone by. I loved it, and hope you can relate to it the way I did – Edgar Loudermilk.

Produced by Edgar Loudermilk and Jeff Autry the album also features the single Lonesome Riverboat Blues, which reached #1 (July Chart), on the Bluegrass Junction – Most Played Tracks on SiriusXM and #4 on the Bluegrass Today Weekly Airplay Chart. Both singles and the album features Edgar Loudermilk on lead vocal and bass, Jeff Autry on guitar and harmony vocal, Zack Autry on mandolin and harmony vocal, Curtis Bumgarner on banjo and Dylan Armour on Dobro.

This is a homecoming for Loudermilk who was with Russell Moore & IIIrd Tyme Out on their two highly successful albums for Rural Rhythm Records.

We are so excited, and grateful to be reunited with Rural Rhythm Records. It feels good to come back home to where a lot of great records I have been a part of all started. We are looking forward to our future together – Edgar Loudermilk.

The album, Lonesome Riverboat Blues is now available for download to D.J.’s and program directors on AirPlay Direct.

The album is also available wherever digital downloads are available including iTunes, Amazon and for streaming on Spotify and Pandora.

Edgar Loudermilk comes from a long line of celebrated Bluegrass musicians including his father, grandfather and famous relatives The Louvin Brothers. At age 20 he joined Carolina Crossfire who had quite a following in the Georgia area. In 2001 he performed with Rhonda Vincent for almost a year before moving over to one of the greatest voices in Country Music Marty Raybon. Loudermilk became the bass player and tenor singer in the newly formed group Full Circle and would back up Marty Raybon for almost five years.
When Ray Deaton left IIIrd Tyme Out, Loudermilk became its newest member in 2007. “I really love the music of this band,” stated Loudermilk. “Singing with Russell Moore is the complement of my life because I don’t believe there’s a better singer anywhere.”

In addition to touring and performing, Edgar Loudermilk has had great success as a songwriter, with over 50 self-penned songs, many of which have been recorded by other artists. In 2017 Edgar’s self-penned song, Can’t Live Live, was recorded by Rhonda Vincent & Daryle Singletary as part of their American Grandstand album–that album debuted at #1 on the Billboard Bluegrass Chart, and in July of 2017, it was on Billboard’s Top 10 of Top Current Country Albums, as well as No.1 on Billboard’s Heatseekers Album Chart for the week of July 29, 2017. The album went on to be #1 on Splice Today’s Top 10 Country Albums of 2017.

Loudermilk’s solo album, Roads Travelled, showcased his vocal talents and his solid bass playing, but also his songwriting skills, having written or co-written all 12 tracks on the project. In 2013 Loudermilk released, My Big Chance Tomorrow writing all the songs on the album. The album appeared on numerous radio charts and the Roots Music Report’s Top 100 Bluegrass Albums of 2014 chart.

Jeff Autry is highly regarded as one of the most talented guitarist of our time performing and recording with many bluegrass legends including Sam Bush, The Lynn Morris Band, Vassar Clements, Ricky Skaggs, Peter Rowan and the John Cowan Band.

Edgar Loudermilk Band featuring Jeff Autry, which debuted in July 2016 with their album Georgia Maple, has played together for quite some time. Although this is the official band record, the group has great chemistry and stage dynamic.

The Edgar Loudermilk Band, featuring Jeff Autry is performing throughout the United States and Canada during on their 2019 Tour.