Eddy Raven – All Grassed Up. 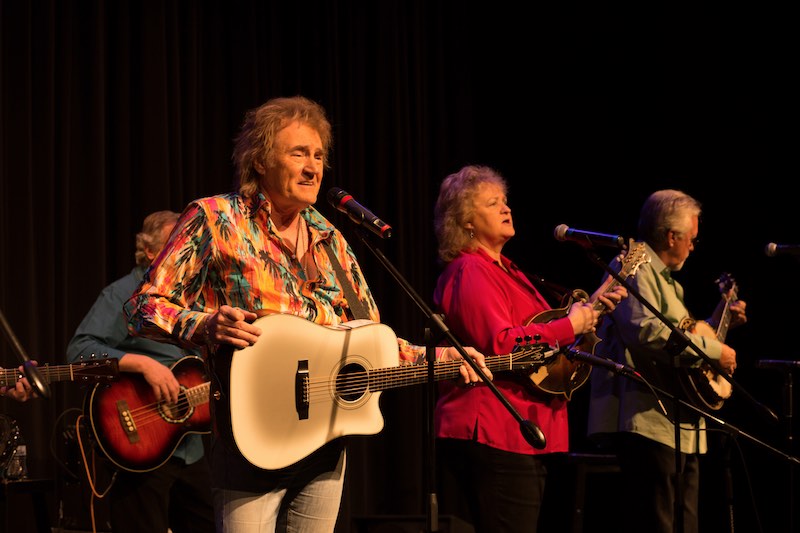 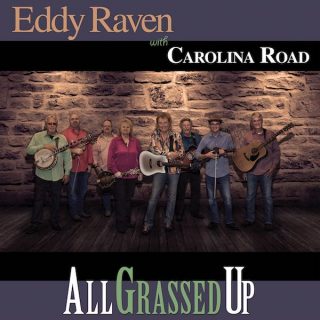 Eddy Raven, country star turned ‘bluegrasser’, is set to release his first bluegrass album titled All Grassed Up on Friday, July 21st. For this project Raven has teamed up with the much loved and hit producing bluegrass band Carolina Road to transform some of Raven’s hit country songs with new bluegrass arrangements. Many of the songs on the album will be familiar to fans even casually aware of Raven’s work as the country arrangements of the songs were huge hits.  Eight of the twelve songs on the new album are written or co-written by Raven who even wrote the title track as a tribute to his love for the bluegrass genre.

Raven’s interest in bluegrass was piqued when he participated on Lorrarine Jordan and Carolina Road’s Country Grass album. The album presented country music stars performing their hit songs bluegrass style backed by Carolina Road. Raven so enjoyed working with the band that he set about recording All Grassed Up with their help.

…make no mistake: this is bluegrass of a high order. If the opener and title tune, a Raven original (with David Stewart), is any clue, Raven knows the music. He name-drops Doc Watson, Bill Monroe, Ralph Stanley, the Osborne Brothers, Flatt & Scruggs and Ricky Skaggs. Of course, anybody can have heard of these giants. The proof is in the doing, and Raven does it as if he’s been doing it forever – Jerome Clark from Rambles.net.

I was an Eddy Raven fan back in my country radio days so it’s been fun hearing his and Lorraine’s bluegrass updates to his songs – Gene Skinner from the syndicated Great Stuff Radio.

All I can say is ‘Holy Smokes.’ What a great CD. I have a bunch of listeners that are always interested in our older country done up bluegrass style. Well this CD has that and more. His country hits done bluegrass style are fantastic – Dick Deno at WWIS Radio.

Raven is a well-known country star with a long list of number one and top ten singles. His style of music is rich in lyrical imagery and strong in roots. He has been writing and playing a mixture of rock, country, Cajun and blues since he was a Louisiana teenager. Not only is he a top rate performer but a prolific songwriter. Dozens of famous artists have recorded his songs. Some of his most famous songs include I Got Mexico, Bayou Boys, Operator Operator, Thank God for Kids, and many more. Many country artists have crossed over to the bluegrass world but few enlist the help of such a respected traditional bluegrass band like Carolina Road.