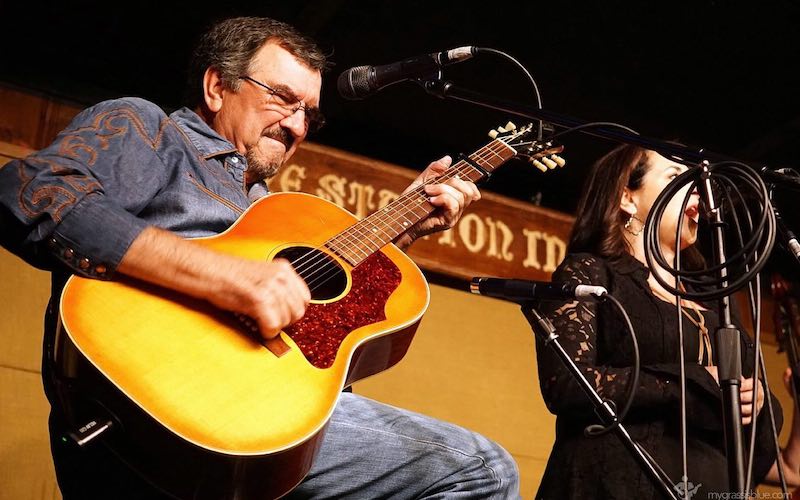 Larry Cordle tapped into his eastern Kentucky roots to write his new single, East Kentucky Blues . It was years in the making, as Cordle explains:

Circa March of 1995, I had this song idea down in an old book. Looking at the old notes, I can see I was trying to write it back then from a vastly different angle. I even tried to write it with Kenny Chesney once. He wanted me to change the title to Smoky Mountain Blues since he was from East Tennessee. I was okay with that, and we finally sat down to write it one day. However, Kenny had so much going on in his life that we were constantly interrupted by phone calls from management, A&R at his record label, agents, etc. So, after two or three hours of trying to get a direction for the song to go in, we just gave up. I hardly saw Kenny much after that, as his career blew up in the late 90s – Larry Cordle. 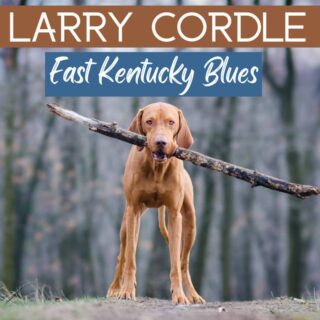 Cordle never forgot the song idea and during the pandemic, where through isolation, he learned more than any grown man should ever know about Netflix, Prime Video & Apple TV, he then started revisit some of his earlier writing and ideas. It was then he found East Kentucky Blues.

I got my guitar out, and after many starts and stops, plus being bummed out, I found a phrase I had written down sometime in the early 2000s on an old yellow notepad. It said: East Kentucky hound dog, East Kentucky mule, Lord, tonight I’ve got the East Kentucky Blues. From there, I was able to craft the chorus, and from there, I got the verses over three or four nights. I particularly like the second verse of the song because I was able to use something my Uncle Jr Cordle used to say to me. He said, ‘There are three sounds that can’t be imitated. The sound of good hot Baptist meetin’, the sad call of a lonesome dove, and a mountain fiddler who knows how to handle a bow.’ Thank God for letting me remember that and for giving me this song. I wasn’t totally settled on the melody until I got to the studio, but in the end, I really like the way it turned out – Larry Cordle.

Larry Cordle has released a string of hit albums, including his powerful gospel release, Give Me Jesus, which received a 2018 Grammy Nomination for Best Roots Gospel Album and earned a 2017 IBMA Gospel Recorded Event of the Year Nomination. That was followed by his 2018 album, Tales From East Kentucky, and his 2021 album, Where The Trees Know My Name. The latter garnered three #1 hit singles, Sailor’s Regret, Cherokee Fiddle, Breakin’ on the Jimmy Ridge, along with more chart songs, The Devil and Shade Wallen and Natural State.

Cordle performs every Sunday and Monday night at The Station Inn in Nashville, Tennessee along with select dates around the country throughout the year.

The track is available from this link. For more information on Larry Cordle, please visit LarryCordle.com.