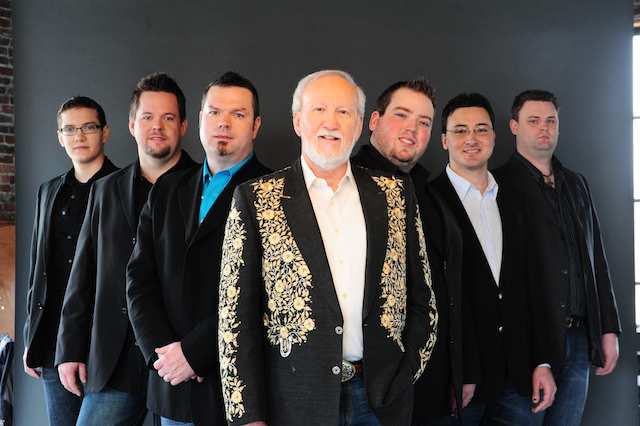 The IBMA has announced that Doyle Lawson will be inducted into the International Bluegrass Music Hall of Fame at the 23rd Annual IBMA Awards to be held at Nashville’s historic Ryman Auditorium on Thursday, 27th September, 2012.

Doyle Lawson & Quicksilver are also nominated as IBMA Vocal Group of the Year and for Gospel Recorded Performance of the Year for “I Saw Him Walk Out of the Sky.”

It’s such a profound honor, I’m almost speechless. To work so hard and so long, and to be recognised in this way, makes me humbled and honored at the same time. It’s one of the highest accolades I’ve ever received – Doyle Lawson.

Doyle Lawson has entertained so many, myself included, for so long, and has been such an inspiration.. His dedication to excellence is such a testimony. What a wonderful body of work Doyle Lawson has created for all of us to enjoy, while always making sure that our Lord and Savior Jesus Christ is at the forefront of all he does and praising Him always. Doyle is such a great example for his legion of fans – Larry Cordle.

We’re honored to not only work for Doyle, but also to be part of a great team. Doyle Lawson & Quicksilver is like a democracy, with Doyle as President and Quicksilver as the House of Representatives. Doyle wants you to have creative freedom and maintain your identity as a musician while playing HIS music. You can always tell it’s Doyle Lawson & Quicksilver, yet no two albums sound the same. It’s hard to explain, but the differences you hear are the differences in the identity of the players. The members of Quicksilver aren’t just hired hands, we’re part of the band — part of Doyle Lawson’s team. The freedom Doyle gives us to contribute to the music makes us feel like the records are our babies as much as his. And that’s why we truly feel like it’s an honor to be nominated for Vocal Group of the Year and “I Saw Him Walk Out of the Sky”, because Doyle makes us feel like the music is our baby too. We all feel very honored to be on Doyle Lawson’s team – Josh Swift, Quicksilver.