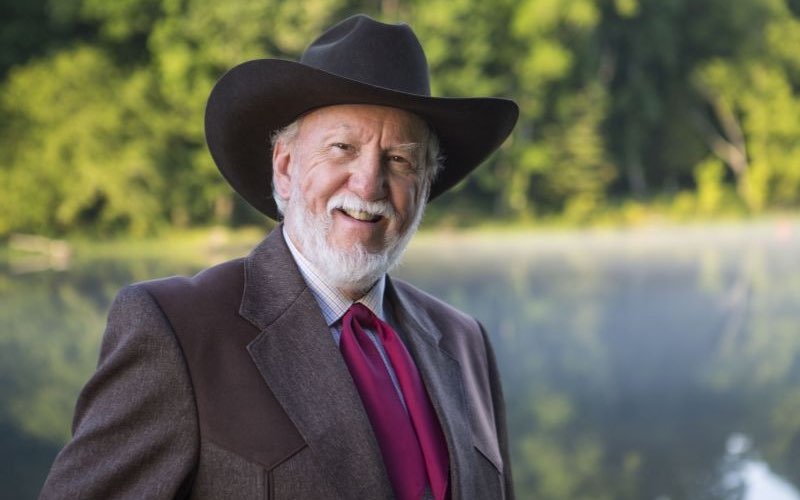 Bluegrass Legend Doyle Lawson Has Retired From His 60 Years of Touring.

There are not too many people who follow bluegrass music that have not heard of Doyle Lawson and his band Quicksilver. Doyle Lawson has seen a trained a myriad bluegrass stars commence with his Quicksilver band to refine their chops by learning from the best. I can be argued that his Quicksilver band has launched the careers of people such as Scott Vestal, Russell Moore, Jamie Dailey, Darren Vincent, Jerry Douglas and many many others.

Doyle Lawson will saw his final performance at Nashville’s famous Station Inn this month, with tribute shown in the video below.

Doyle Lawson and Quicksilver are recipients of the following awards:

In addition the band has received the following  nominations:

About Doyle Lawson and Quicksilver:

In 1963, Lawson began playing banjo with Jimmy Martin & the Sunny Mountain Boys. He then moved to Kentucky where he played with several groups before joining J.D. Crowe & the Kentucky Mountain Boys in 1966 to play guitar initially and then on mandolin. Lawson made his recording debut with Red Allen on the album Bluegrass Holiday and temporarily returned to Martin’s band in 1969 but otherwise stayed with J.D. Crowe until 1971 and recorded two albums with him.

In 1971, Lawson moved on to join the Country Gentlemen which he stayed with for some eight years and recorded ten albums. He
also recorded an album of mandolin instrumentals called Tennessee Dream, in 1977; the album also featured Crowe, Jerry Douglas, and Kenny Baker.

In 1979, he put the now famous band Quicksilver together. Initially that included Terry Baucom on banjo, Jimmy Haley on guitar, Lou Reid on bass. In 1980, Quicksilver released their debut album and followed it up with Rock My Soul. The next year they released Quicksilver Rides Again, featuring Jerry Douglas, Mike Auldridge, and Sam Bush. The group also released a Gospel album, Heavenly Treasures, which sold better than the group’s initial secular LPs, and Lawson himself proclaimed in 1985 that he had rededicated his life to Jesus Christ.

The ban released its next album in 1981, Once and for Always and included bluegrass and gospel tunes. In 1986,
Lawson’s bnad continued to develop with new players and his next all-gospel Beyond the Shadows featured Scott Vestal on banjo, Curtis Vestal on electric bass, and Russell Moore on guitar. and the following year brought the first of several a cappella gospel albums, Heaven’s Joy Awaits.

Today as has always been the case, Doyle Lawson & Quicksilver have built a solid reputation for benchmark gospel harmonies Lawson continued to bring new members into Quicksilver while never forsaking his band’s high quality vocal style.