Donna Ulisse All The Way To Bethlehem 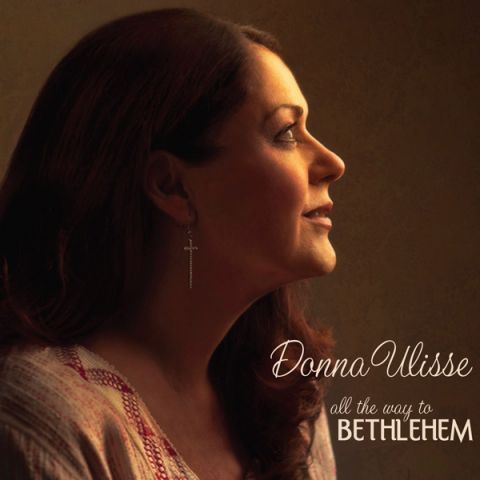 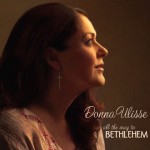 With movie-like drama and clarity, Donna Ulisse re-tells the story of Christ’s conception and birth in her powerful new album, All The Way To Bethlehem.  But this is not a conventional Christmas CD.  Rather, it occupies the same artistic territory as such Bible-based narratives as Jesus Christ Superstar and Joseph And The Amazing Technicolor Dreamcoat.

All The Way To Bethlehem will be released October 23.

Inspired by a myth about the origin of the inn near which Christ was born, Ulisse put herself in the place of the harried innkeeper who had to turn Joseph and his pregnant wife Mary away, even as he sympathized with their plight.  This yielded the album’s keystone song “You Cannot Stay Here.”  From there, Ulisse and a corps of gifted co-writers, conjured up the words and feelings of the other figures in this timeless saga—the angel that delivers the unsettling news to Mary; the puzzled but compliant Joseph; Mary’s much older cousin, Elisabeth, who also conceives miraculously; even the Star of Bethlehem, beaming with pride and self-importance as it heralds this earth-changing event.  But above all, there is Mary, the radiant new mother, who whispers to her baby before surrendering him to his divine destiny, “Let the world wait for a little while.”

Produced by Keith Sewell, the much-praised sideman for the Dixie Chicks, Lyle Lovett and Ricky Skaggs, the 11 songs on the album are performed principally to acoustic instruments.  In addition to Sewell, the musicians include Andy Leftwich, of Skaggs’ Kentucky Thunder band; Viktor Krauss, who, like Sewell, has long been a mainstay in Lovett’s band; Rob Ickes, the multiple award-winning dobroist and member of the Grammy-nominated bluegrass group, Blue Highway; Byron House, whose many musical achievements include membership in Robert Plant’s Band Of Joy; John Mock, who counts James Taylor, Kathy Mattea and the National Orchestra of Ireland among his array of live and recorded credits; and vocalists Wendy Buckner Sewell, Ana Sewell and Rick Stanley.

All The Way To Bethlehem has a companion songbook.  It will also be available in choral arrangements next year.  Ulisse, a recent nominee for the IBMA’s Bluegrass Songwriter of the Year award, will perform the full album at upcoming Christmas shows with her band, the Poor Mountain Boys.

All The Way To Bethlehem can be sampled and purchased at Amazon, CDBaby, iTunes, numerous other online digital stores and at www.DonnaUlisse.com.