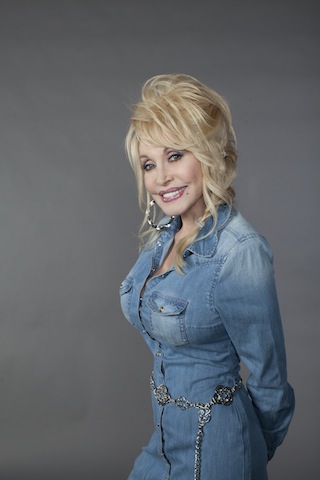 Dolly Parton returns to New Zealand next year for the first time in over three decades performing at Auckland’s Vector Arena on Friday, 7th February  2014. Dolly’s latest studio album of all new material “Blue Smoke” will be released worldwide on Dolly Records with a release date to be announced soon.

New Zealand, here I come again. We have a lot of new and exciting things for the show and I can’t wait to share it with you. I love my fans in that part of the world. You’ve been so very good to me for so many years and I know that we’re gonna have a wonderful time. It’s a long way from home in your part of the world, but I know I’ll feel like I’m right at home. So New Zealand, I’m coming home – Dolly Parton.

In 2011, Dolly continued to receive accolades for what was her most successful European and Australian tour of her 45-plus year career – The Better Day World Tour! During the 2011 tour, Dolly performed for record-breaking attendances in both Europe and Australia, surpassing her previous attendance records. In 2008, Dolly performed 17 European shows to over 170,000 fans, surpassing her then-best 2007 European tour, where she played 21 shows for over 140,000 people. Each of these treks grossed in the tens of millions of dollars and established Dolly as Europe’s favourite and most successful country artist.

Dolly fans get ready for an opportunity like none other! Dolly Parton is about to announce some very exciting news, and she thinks you’ll like what she has in store. New VIP packages are coming out for this upcoming tour that include access to Dolly’s personal wardrobe and instruments, a backstage tour, and an opportunity to meet Dolly. Keep your eyes peeled for these packages. You won’t want to miss out! For the latest VIP Experience updates, please visit www.dollypartonmusic.net.

Tickets go on sale at 9am Friday 11th November.