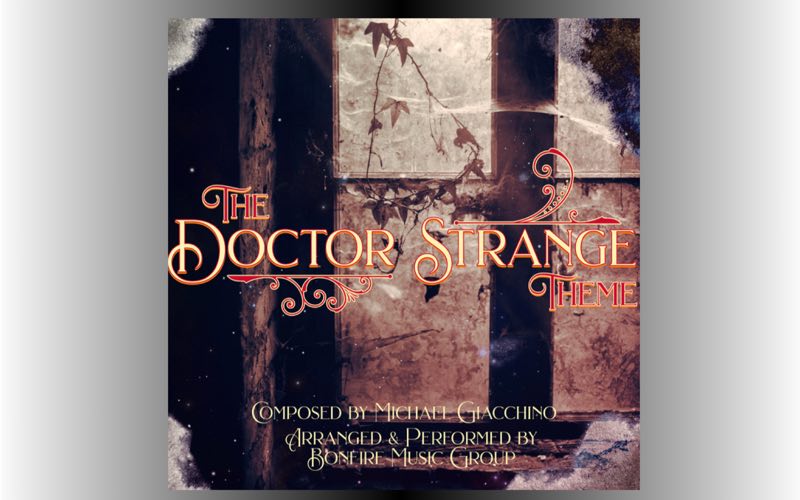 In celebration of the latest No. 1 blockbuster movie Doctor Strange, Bonfire Music Group has unveiled a brand new acoustic tribute. The haunting theme pays homage to the original, but with a Bluegrass twist. The arrangement is the brain-child of industry and studio veteran Tony Wray, who brought new life to the tune.Tribute

Wray has been turning several heads over the last year, with his one-of-a-kind remakes. As a result, there are multiple new projects slated for release this summer. First, the popular Acoustic Lullaby will be released in full on June 3rd. Included on the record are some of the most well-known and calming songs of all-time. Standouts include a version of Jesus Loves Me and a fan-favorite Twinkle, Twinkle, Little Star.

Next, the upcoming tribute, A Dream Is A Wish, is set to be released on June 17th. The entire collection centers around Bluegrass takes on some of the biggest Disney hits of all-time. The collection features 10 total recordings. The project will also include a combination of nostalgic tracks, along with some instrumentals as well. There are also several special guests who will also appear on the project as well, including Dale Ann Bradley, Dennis Parker, Jim Denman and more. Standout songs include newly invigorated and re-imagined versions of cuts made famous in movies like Cinderella, Dumbo, 101 Dalmatians, The Jungle Book, Pinocchio and more.

Another upcoming project is an Acoustic Tribute to James Taylor. It includes the single Machine Gun Kelly. The full-length record is set for release later this year. Wray also put a Bluegrass twist on Neil Young’s Old Man, accompanied by Dennis Parker on vocals earlier this spring.