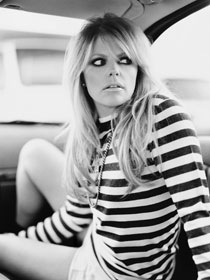 What if you threw a party and Michael Jackson showed up?
That’s what happened to Natalie Maines of the Dixie Chicks during the Halloween bash she hosted last weekend.
She told the story Monday (Nov. 3) on Howard Stern’s morning show on Sirius Satellite radio. Maines said, ‘A couple of people went up to him and told him he had the greatest Michael Jackson costume ever’.

Apparently, the disc jockey for the party at Maines’ California home assumed it was a Jacko impersonator, too, and started spinning Thriller when he walked through the room…