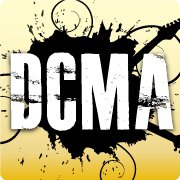 The world’s first Digital-Only international, fan-based country music awards have attracted nominations from around the world. Featuring 23 categories, fans are able to nominate and vote for artists in their own territory, as well as other territories around the world:  United States, Canada, UK & Ireland, Europe and Australia.

So far, fans from all over the UK & Ireland, Canada and Australia have had the strongest voices, and their choices are represented the strongest, but the USA is catching up, with Europe starting to make a stronger showing.

Fans can nominate in all categories on Facebook (Digital Country Music Awards).