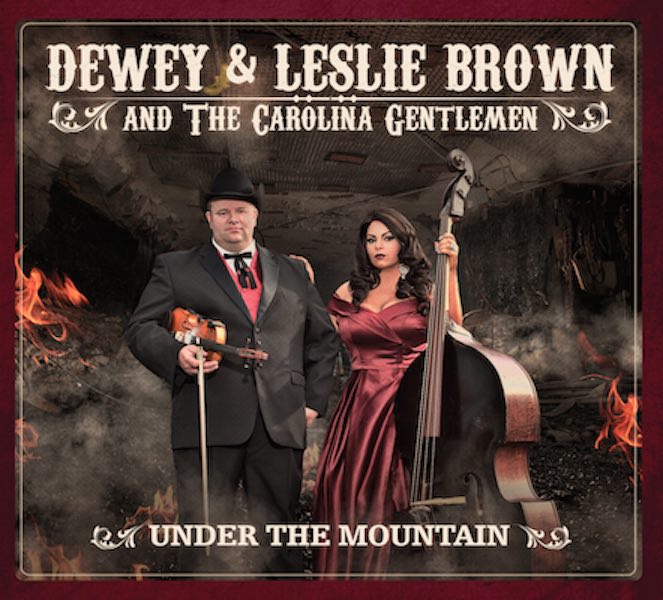 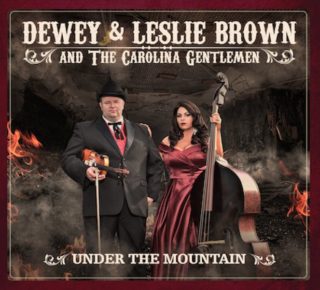 Rising bluegrass band Dewey & Leslie Brown and the Carolina Gentleman have just been announced as the recipient for Traditional American Bluegrass CD of the Year, awarded by the Rural Roots Music Commission. The category recognises the band’s work for their latest debut album, Under the Mountain, released earlier this year.

It’s such an honour to receive this award, and we are ecstatic about the recognition the new album is getting – Leslie Brown.

We want to thank everyone who has been a part of this journey, and we’re so excited to see what the future holds – Dewey Brown.

The award-winning group head to Iowa on Friday, August 31 to receive the award at the 43rd National Old Time Country Music Festival. In addition to receiving the accolade, the band will also treat concertgoers to a very special full-band performance, where they will play songs from the critically acclaimed project. Fans can buy tickets to the festival here.

I’ve been listening to the old-style, the Monroe & Stanley Brothers ‘style’ of mountain bluegrass music, for a very very long time, this new CD by Dewey & Leslie Brown is an exact ‘statement’ of how that music sounded, and how it should sound – Bob Everhart, president of the National Traditional Country Music Association.

The dynamic pair has continued to turn heads since the release of their latest project, Under the Mountain. Inspired by Dewey’s time playing with the iconic Dr. Ralph Stanley, it features the authentic mountain sound made famous by the late singer. With Leslie penning 12 of the 14 tracks, the collection is heavily inspired by the singer/songwriter’s upbringing as an authentic coal miner’s daughter. In addition to seeing major traction from the lead single, Those Old Mountain, released earlier this year, the track Ultimate Sacrifice has struck another chord, charting at No. 6 on Bluegrass Today’s Gospel Weekly Airplay Chart.

About Dewey & Leslie Brown and The Carolina Gentlemen:

Inspired by authentic mountain Bluegrass music, Dewey & Leslie Brown have continued to captivate fans throughout North America. Married in 2007, the couple hosts 2 festivals each year, DeweyFest and GospelFest, held on their 52 acre farm in Burlington. The band’s sound is heavily influenced by Dewey’s time playing for the iconic Dr. Ralph Stanley. Spending over 11 years playing with the Bluegrass legend, Dewey made a number of high-profile appearances, including The Late Show With David Letterman, Carnegie Hall, while also performing for the Queen of England. Combine that experience with the talented singing and songwriting of Leslie, and the result is a sound that is sure to remind audiences that true bluegrass is more alive than ever.