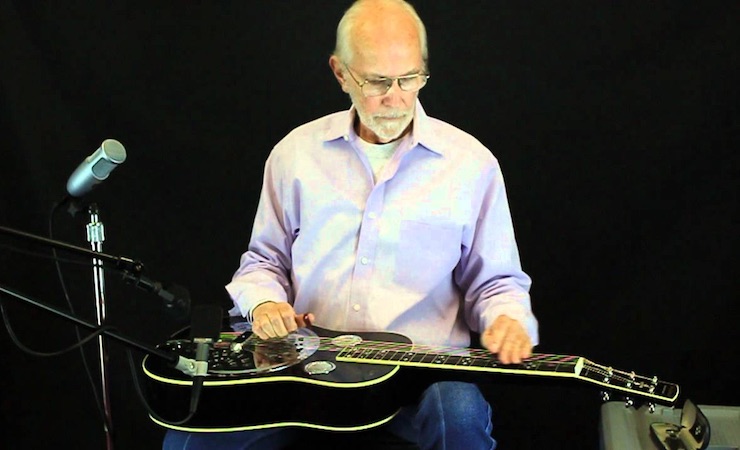 The DC Bluegrass Union has launched the Mike Auldridge Instrumental Contest to honour the life and musicianship of one of America’s greatest players. The competition will spotlight the best original compositions from bluegrass, old-time and related musicians around the world.

Auldridge’s effortlessly tasteful Dobro guitar work borrowed from Josh Graves, but added swing, blues and horn influences to arrive at a uniquely new sound. By the time Mike co-founded the Seldom Scene in 1971, his musical touch was unmistakable. Over the next 40 years Auldridge became a pillar of Washington bluegrass history. He received the prestigious National Endowment for the Arts Heritage Fellowship Award in 2012, the last year of his life.

First, second and third-place winners will be announced 1st Dec, 2017. The first-place winner receives $500 and the opportunity to perform his or her tune on the main stage at the 2018 DC Bluegrass Festival in Vienna, VA.

We couldn’t think of a better way to remember Mike than by celebrating original instrumental music in his name. We encourage players of all string instruments to write a new tune or dust off an older composition and take part in the contest. Proceeds from the Mike Auldridge Instrumental Contest help support the nonprofit DC Bluegrass Union in its mission to promote bluegrass music in the greater Washington, DC area through performance and education – Randy Barrett, president of the DC Bluegrass Union.