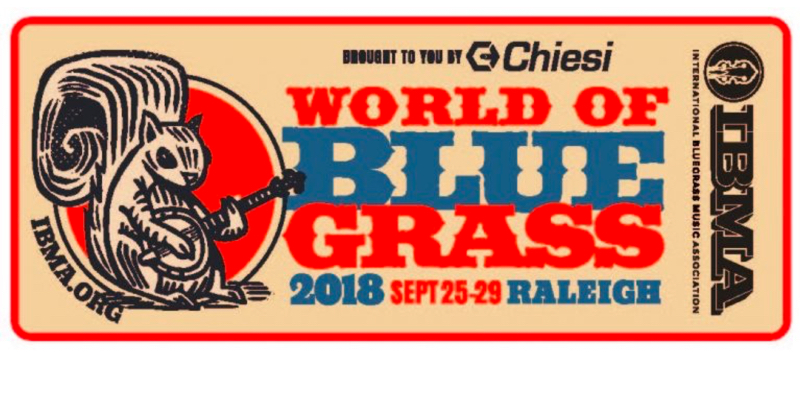 These artists were selected from a highly competitive pool of applicants from all over the world, with the goal of presenting the broad spectrum of styles, regions and personalities who represent bluegrass today. Each act will perform at least two times over the course of the three-night Bluegrass Ramble event, at one of five downtown Raleigh clubs plus the Raleigh Convention Center, providing multiple opportunities to see each act.

Each year, there is a great deal of anticipation to learn who was selected as Official Showcase Bands for the upcoming World of Bluegrass out of an incredibly competitive field. Once again, the Showcase Selection Committee faced difficult decisions but did a terrific job. It is fun to see a mixture of well-established bands with new material along with bands who are achieving success in the earlier stages of their careers. There is no better opportunity for talent buyers and other industry professionals to connect with new music and new talent than the showcases at IBMA’s Business Conference and Bluegrass Ramble – Paul Schiminger, IBMA Executive Director.

The Bluegrass Ramble showcases will be held in the following venues:

More info about World of Bluegrass and the Wide Open Festival
IBMA’s World of Bluegrass, whose principal sponsor is Chiesi USA, is a five-day annual bluegrass music homecoming and convention. World of Bluegrass encompasses four events: the IBMA Business Conference, September 26-28; the Bluegrass Ramble, an innovative series of showcases, taking place September 26-28 in downtown Raleigh and at the Raleigh Convention Center; the 28th Annual International Bluegrass Music Awards, scheduled for Thursday evening, September 28; and PNC presents Wide Open Bluegrass, September 29-30, a two-day festival. The ticketed Wide Open Main Stage features the best of the best in bluegrass today, with a portion of the proceeds benefiting the Bluegrass Trust Fund, a 501(c)(3) charitable organization that assists bluegrass professionals during financial emergencies. The free Wide Open StreetFest brings bluegrass into the community and introduces the music to thousands of new fans every year.

The Greater Raleigh Convention and Visitors Bureau reported that last year’s World of Bluegrass events generated $11.7 million in direct visitor spending for that region, with total attendance for the week’s activities estimated to be a record-breaking 221,000 people. Over 220 acts performed throughout the entire week of World of Bluegrass.

About Chiesi USA
Chiesi USA, Inc. is a specialty pharmaceutical company committed to research, development, and commercialization of innovative products in the areas of cardiovascular, neonatology, respiratory, rare disease and special care therapeutics. Our primary focus is on people: the people we serve in the healthcare community; the people whose lives are touched by our products and services; and the people who work at Chiesi USA, as they strive to build their company, their family and their community. Chiesi USA, Inc. is a wholly-owned subsidiary of Chiesi Farmaceutici S.p.A.

IBMA – the International Bluegrass Music Association – is the nonprofit professional organization for the global bluegrass music community. The organization’s six-year run in Raleigh is the product of their successful partnership with The Greater Raleigh Convention and Visitors Bureau, The Raleigh Convention Center, PineCone—The Piedmont Council of Traditional Music, the City of Raleigh and a local organizing committee.