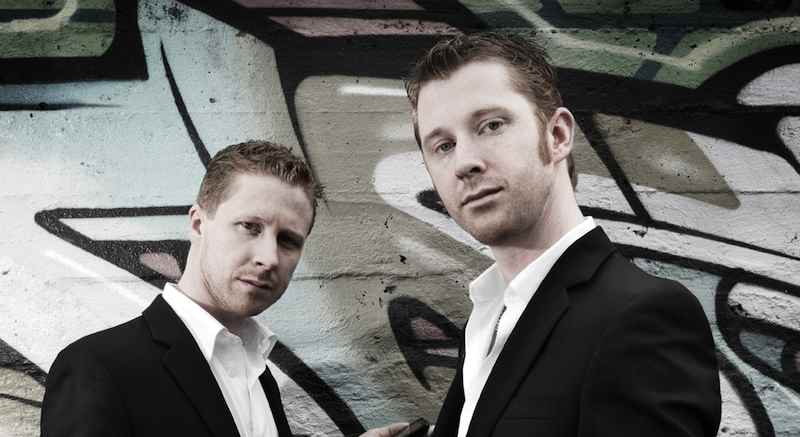 Three time Gold Guitar winning bluegrass act the Davidson Brothers are bringing their high-powered acoustic show to Sydney, Canberra and Hobart for the first time since 2006. With a recent tour of Europe and an appearance on the 2010 International Bluegrass Awards at the Ryman in Nashville USA, the Davidson Brothers are firmly carving their name and sound into the Australian Music Scene.

We’re having a great time touring our music and it was a huge honour to be invited to perform back to back with Ralph Stanley (oh Brother Where Art Thou?) and to play at the farm were Bill Monroe grew up.  For weeks afterward, you couldn’t have smacked the smiles off our faces with a baseball bats – Hamish.

Victorian based brothers Hamish and Lachlan released their fourth Nashville sessions album, ‘Here To Stay’ in July 2011 and it has gained eleven Country Music Award nominations so far as well as a four star review in The Age EG who described it as “This year’s hottest country record… All music should be this much fun”.

Winner of multiple Australian National Bluegrass Championship titles on fiddle, banjo and mandolin, Hamish and Lachlan along with their band can tear down any crowd and convert them with their extraordinary musicianship and entertaining style.

‘Here To Stay’ contains eleven original tracks, ten of them written by the Davidson Brothers. “We’ve managed to capture something of the energy of our live show on this record and it is our best yet –  Lachlan.

The songs on Here To Stay are old and new – steeped in bluegrass tradition, but with the patented Davidson Brothers energy.  It’s Blue Grass, but it’s also New Grass.  Check out the scorching 180 beat per minute banjo instrumental OMFG or Triple J presenter Sarah Howell’s favourite track Double Plugger Strut for a sample of what you will hear at a live gig!

Other stand out tracks include My Heart Can’t Believe My Eyes which is a classic heartbreak story written in traditional bluegrass style.  Write Me A Letter is a song about loneliness that addresses the lack of personal interaction in the age of technology while Victoria expresses home state pride.

Find out why the Davidson Brothers were selected as ‘Most Outstanding Musicians’ in the 2010 Melbourne Prize and pick up your copy of  ‘Here to Stay’ at: