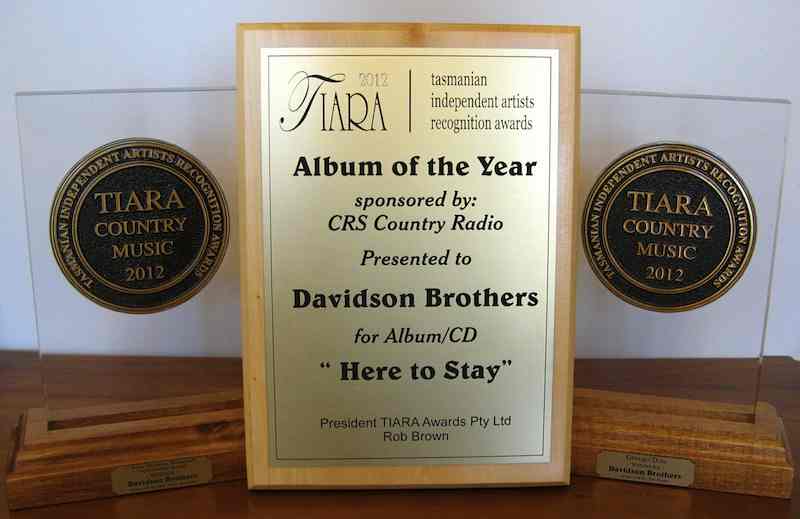 The Davidson Brothers were the major prize winners at the 2012 Tasmanian Independent Artist Recognition Awards last week, including taking home the prestigious ‘Album of the Year’ for their latest release Here To Stay.

Hamish and Lachlan were also awarded ‘Group-Duo Award‘ for the opening track My Heart Can’t Believe My Eyes and ‘Instrumental Award‘ for OMFG, which has now taken out every major instrumental trophy in the Australian Country Music Scene this year.

The awards founded in Australia’s Country Music Capital Tamworth, were reinstated after a two-year break and relocated to Latrobe in the southern most state of Tasmania. The TIARAs become a premier career inspiring awards and concert show for independent music makers, set up in 1997 to recognise independently funded established performers.

The Davidson Brothers’ album Here To Stay has now tallied up a total of 17 award nominations, taking out seven trophies in 2012, making them one of Australia’s most awarded bluegrass acts.