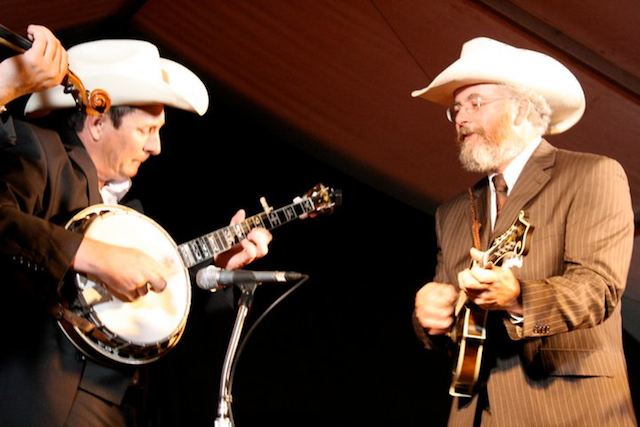 Fire in the Belly for Traditional Bluegrass –

Hardrive’s newest band member Dave Hellen’s bluegrass banjo extraordinaire shares with the Australian Bluegrass Blog the band’s latest news and why after over 20 years he’s still as passionate as ever about playing traditional bluegrass music. Hardrive Bluegrass Band have recently released a new CD and DVD and will also play the Redlands Bluegrass Festival, in Queensland 8th -10th July 2011.

Dave Hellens, from Newcastle has played with many top musicians both in Australia and the US and has won Australian banjo championships and came 2nd in the Rocky Grass banjo comp in 2008 (Colorado USA). He with us about his dedication to playing Traditional Bluegrass an d his experiences:

Bluegrass is similar to jazz in a lot of ways where you can play the typical standard tunes yet play them at varying levels of complexity and continue to refine your technique regardless of how long you’ve been playing them. There are so many tunes,  you’ll never know all of them and I’m always discovering new things in my playing and new possibilities even within the same songs.

If you’re going to stick to tradition then you need to capture that power, timing and hard-driving rhythm like the Hardrive Bluegrass Band can. Playing Traditional Bluegrass is a lot harder than it looks and it’s great playing with a band that capture the real essence of this style of music. I sometimes strike a perception in the general community that the banjo is an instrument that adds a kind of knee slapping novelty to a country song.  The Hardrive guys have high demands of their banjo player that would bury that perception 6 feet under.

Hardrive consists of Nick Dear on fiddle and mandolin, Dave Hellens on banjo, Lachlan Dear on guitar and Matt Ryan on double bass.