Darren Beachley – The Road Not Taken 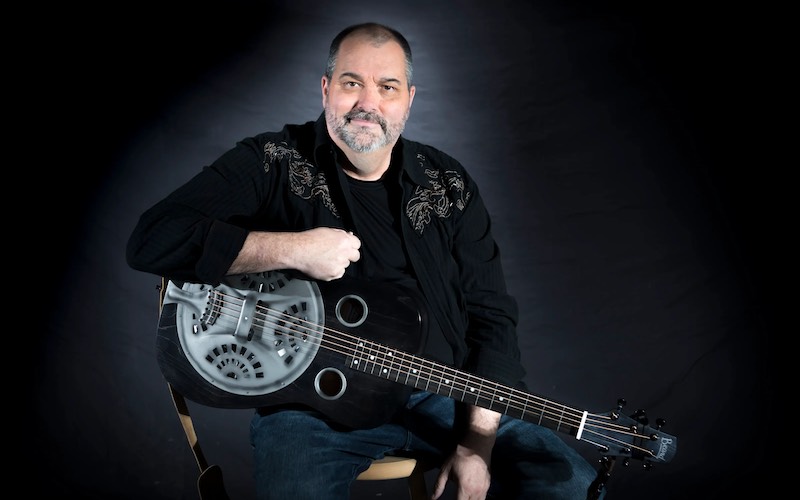 Darren Beachley Releases The Road Not Taken on Turnberry Records.

Darren Beachley is best known for his longtime role as guitarist and lead vocalist with Doyle Lawson’s seminal group, Quicksilver. With this new album, Beachley proves there’s a lot more to his musical story – and, after a career spanning more than three decades, he’s just getting started.

The Maryland native started his journey playing alongside his musician parents in venues across the DC/Maryland/Virginia area. He started playing with Bill Harrell and from there, Beachley went on to share the stage with everyone from Tony Rice to beloved DC bluegrass pioneers the Seldom Scene, and many more along the way. 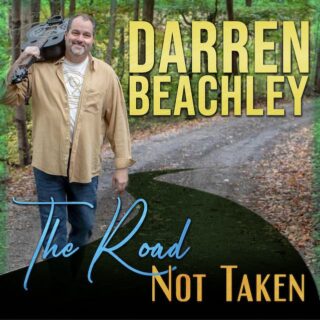 Harrell, “who hired me to play Dobro with his band the Virginians – Darren Beachley.

When the role with Doyle Lawson came along, Beachley set his musical course on a different path. With Doyle Lawson and Quicksilver, Beachley performed as a guitarist and lead vocalist on stages all across the globe, including Los Angeles’ famed Hollywood Bowl and the country world’s holy grail, the Grand Ole Opry. Afterwards, he formed Darren Beachley & Legends of the Potomac, an all-star group of DC-area musicians.

Like so many musicians, Beachley found himself with extra time on his hands during the COVID-19 pandemic. His son had a home studio which he took advantage of bringing together an amazing lineup of his favourite artists, taking him back to his roots as a young Dobro player.

I had a lot of songs I had saved over the years with the goal of doing a project like this, and with this group of players, I really went for it – Darren Beachley.

The resulting album contains a variety of genres and influences from Beachley’s life, presented in his signature bluegrass and Americana style. River Full of Blues, a powerful progressive tune about love gone wrong, kicks off the project. Memories of My Younger Days hearkens back to the classic sound of Doyle Lawson & Quicksilver, and Pictures I Still Carry finds Beachley reflecting on where he’s been and what still lies ahead.

The album also features an eclectic mix of tasteful covers including Nanci Griffith’s Listen to the Radio which he had heard Jonathan Edwards do many years ago. He plays lap steel on this track. With Forever Man, Beachley and his crack team of studio musicians even venture into 80’s power-rock. Eric Clapton is one of his longtime musical heroes and he takes the opportunity to put a newgrass spin on this track featuring Sam Bush. The album’s illustrious cast of musicians has inspired Beachley to reach for new heights. After the recording sessions wrapped in 2021, Beachley signed to Turnberry Records to help bring the project to life.

The Road Not Taken is available from streaming services worldwide.