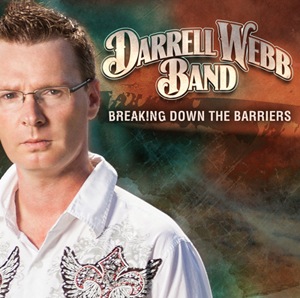 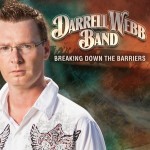 Rural Rhythm is proud to announce the new radio single release, “She’s Out of Here” by the Darrell Webb Band. This hot new song, written by Darrell Webb and Jeff Barbra, includes the talents of: Darrell Webb on lead vocals and mandolin; Jake Joines on resonator guitar; Jared Hensley on acoustic guitar and Harmony Vocals; Jeremy Arrowood on acoustic bass and harmony vocals and Chris Wade on Banjo.

“She’s Out Of Here” is now available at AirplayDirect.com and will be shipped to radio stations tomorrow via the label’s Fresh Cuts & Key Tracks disc.  This new single should certainly put the band back on top of the Bluegrass Charts where their appeared many times over the past few years with their 2010 debut album Bloodline.

This is the first single release from the Darrell Webb Band’s new album, Breaking Down The Barriers, their second album on Rural Rhythm Records. This new project can certainly be described as edgy, but true to its roots. It was produced by Grammy™ nominated solo artist and Grammy™ winning session musician, producer, songwriter, and Mountain Heart band member, Jim VanCleve.

The Darrel Webb Band is the featured artist on an upcoming episode of Rural Rhythm’s Behind The Dream TV Show that will air soon on BlueHighways TV. The band can also be seen on the upcoming Bluegrass Comes To The Valley TV Special which is a part of Reno’s Old Time Music Festival airing next month on RFD-TV.