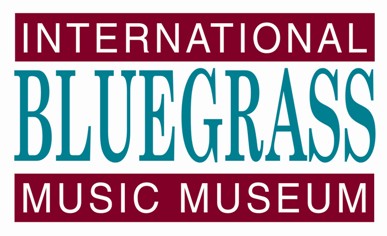 The International Bluegrass Music Museum (IBMM), home of the Bluegrass Music Hall of Fame, announced that Danny Clark has been hired as the Membership and Special Events Manager. This role was created to grow membership, foster engagement from the bluegrass community, and develop special events at the Museum.

We are glad to welcome Danny Clark to the International Bluegrass Music Museum. Few people possess his level of knowledge about bluegrass, and his passion for the music is very refreshing. As an added bonus, Danny is a great musician and has been part of this wonderful community of bluegrass music for a long time. As we work toward transitioning to our new location in 2018, Danny Clark is a great addition to the team – Chris Joslin, Executive Director.

A 2010 graduate of Middle Tennessee State University’s Music Industry program, Clark is no stranger to the IBMM, having worked as the Marketing Director in 2011 through March of 2013. Clark is an accomplished musician, a former board member of the International Bluegrass Music Association (IBMA), and a recipient of the 2013 IBMA Industry New Professional Momentum Award.

I am honoured to be joining the team at the bluegrass museum. I look forward to building and strengthening ties to bluegrass culture and community while working in the role of Membership and Special Events Manager – Danny Clark.

Clark joins the IBMM staff at a pivotal time, as construction is currently under way on the new $15.3M facility in downtown Owensboro. The newly created role will utilise the new space and unique capabilities in order to develop events that will attract people to the museum from around the world.

Danny’s creativity and innovation will certainly create a lot of opportunity for people to engage with the International Bluegrass Music Museum regardless of where they live. Music is at the centre of everything we do. The music itself is the energy source that brings the IBMM to life. As the Membership and Special Events Manager, Danny will be able to leverage the authenticity and power of this great music to bring people together here at the museum – Chris Joslin, Executive Director.

About the International Bluegrass Music Museum:

The International Bluegrass Music Museum is a 501c3 non-profit in Owensboro, Kentucky focused on gathering, preserving, exhibiting and disseminating the artifacts, history, collection and performance art of the global history of bluegrass music through an educational experience.

Formed in 1991, the IBMM is currently constructing a new building in downtown Owensboro, KY along the Ohio River. Just three blocks west of the current location, this new facility will double the museum’s exhibit space and incorporate a 450 seat theatre, an outdoor performance area, expanded research library, rooftop restaurant and much more.