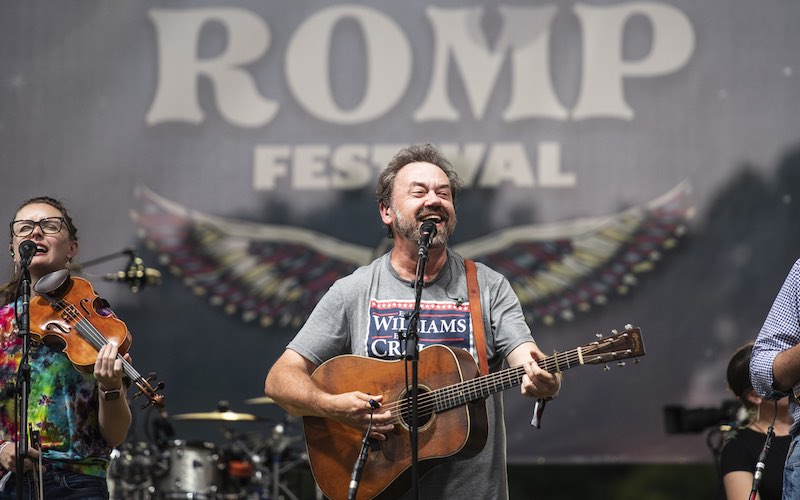 Tyminski’s first single for the label, Hey Brother, a global smash originally recorded with Swedish DJ Avicii, will be released this fall. Currently on tour with The Dan Tyminski Band, Tyminski will co-host the 33rd IBMA Bluegrass Music Awards with Ronnie Bowman on September 29, 2022 in Raleigh, North Carolina.

Dan’s musicianship and unrivalled artistry speaks for itself. He is carrying on the tradition of those legendary bluegrass and Americana acts that have paved the way and he continues to bridge the gap for the next generation – Noah Gordon, 8 Track.

Noah Gordon’s roots in bluegrass, and his passion for music, have me excited to be working with him and his team – Dan Tyminski.

Dan Tyminski has a voice more famous than his name The Boston Globe.

Tyminski hit the road this year on tour with The Dan Tyminski Band in support of his recently released EP celebrating Tony Rice’s legacy – One More Time Before You Go: A Tribute To Tony Rice. The Dan Tyminski Band is comprised of Harry Clark on mandolin, Maddie Denton on fiddle, Jason Davis on banjo, Grace Davis on bass and Gaven Largent on Dobro. Tyminiski has also been in the studio recording a new album scheduled for release early in 2023.

Throughout his 30+ year career, Dan Tyminski has left his mark in every corner of modern music. Tyminski’s voice famously accompanies George Clooney’s performance of the Stanley Brother’s Classic song, “I’m A Man of Constant Sorrow,” in the film, Oh Brother, Where Art Thou and his vocal collaboration with Swedish DJ Avicii on the song “Hey, Brother” was a global smash, having been streamed over 1 billion times to date.

For the latest information on The Dan Tyminski Band, visit the website.

For those unfamiliar with Dan Tyminski here is a video of his music.