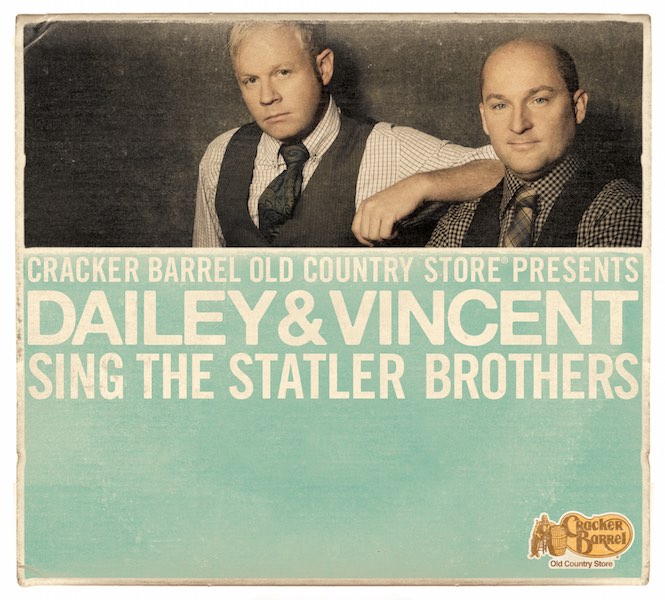 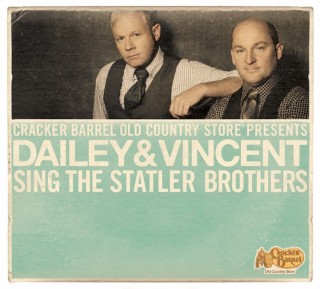 Five years after it was released as a Cracker Barrel Old Country Store exclusive, Dailey & Vincent Sing the Statler Brothers is finally available to the general public. The album, which was originally released in 2010, was awarded Album of the Year by the International Bluegrass Music Association and the Society for the Preservation of Bluegrass Music of America.

Dailey & Vincent, comprised of Jamie Dailey and Darrin Vincent, are three-time International Bluegrass Music Association (IBMA) Entertainers of the Year and Vocal Group of the Year. They were also the first act in the history of the IBMA Awards to win both Entertainer of the Year and Emerging Artist of the Year in the same year (2008). The feat was all the more impressive because they had released their debut album just a few months earlier.

Their version of “Elizabeth” garnered their first Grammy nomination, for Best Country Performance By a Duo or Group With Vocals.

Darrin and I have always been huge Statler Brothers fans. Harold, Don, Phil, Jimmy, and the late Lew Dewitt were my childhood heroes. Over the past few years we were blessed to have shared a little history with this great quartet. We sang “Do You Know You Are My Sunshine” as part of the ceremony inducting the Statlers into the Country Music Hall of Fame. What an honor that was for us. Since then we have gotten to know the Statlers, and we are honoured to sing a bluegrass tribute to them – Jamie Dailey.

Watch a video of the group performing “Elizabeth” on the Marty Stuart Show below;