Dailey and Vincent to Join the Opry. 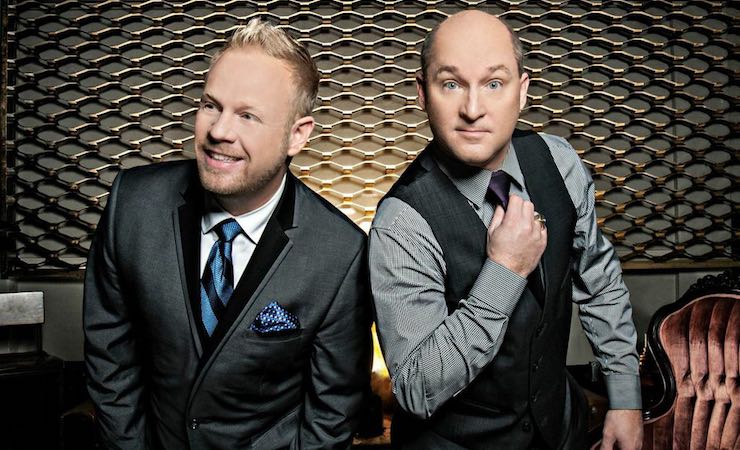 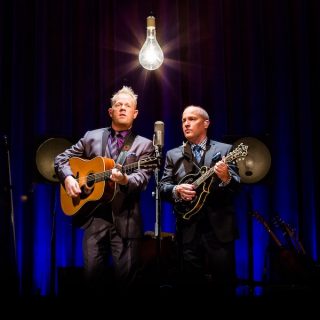 Dailey & Vincent have been invited to become official members of the Grand Ole Opry.  Nominated for many Grammy awards the duo are also three-time IBMA Entertainers of the Year.

During a special half-hour Dailey & Vincent set, the two were joined by a series of guests including Opry members Marty Stuart and Connie Smith as well as John Carter Cash and his wife Ana Cristina in addition to Dailey’s father JB Dailey and Vincent’s mother Carolyn Vincent. After a performance with the duo, Stuart gave Jamie Dailey and Darrin Vincent the surprise of their lives, inviting the duo to officially join the Opry. The pair was stunned, having no previous knowledge the invitation was about to be offered.

This is one of the most special things that has ever happened to us. We’re so thankful – Jamie Dailey.

I have no words. I’m so honored. The Lord is so faithful to us – Daren Vincent.

Dailey & Vincent have thoroughly entertained thousands of fans on the Opry stage over the past decade. Jamie Dailey and Darrin Vincent embody so much about what fans love about the Opry. They have a tremendous respect for tradition, and they’re also innovators committed to the future of the music they love. We’re excited to welcome them as official members of the family in March –  Pete Fisher, Opry Vice President and General Manager.

Crystal Gayle is set to be inducted into the Opry by her sister Loretta Lynn on Saturday, January 21. Other artists scheduled to play the Opry in early 2017 include Brandy Clark, Chris Janson, Ricky Skaggs, and Josh Turner, among many others.

Five-time Grammy award winners individually, three-time Grammy award nominees collectively, four-time DOVE Award winners, and winners of 35 IBMA Awards altogether (including 3-time IBMA Entertainer of the Year Award winners and 3-Time Vocal Group of the Year Award winners), Jamie Dailey and Darrin Vincent, backed by one of the best bands on tour today, are some of the most reputable and elite entertainers in American music; bluegrass, traditional country and gospel music. The concoction of the fantastically instinctive vocal blends of Dailey’s tenor and Vincent’s reedy harmonies, has gained them well-deserved praise for their own distinctive style and worldwide recognition as American Music gold. Dailey & Vincent has garnered world-wide attention with their first national, top-rated television series, “The Dailey & Vincent Show,” on RFD TV and over 500 airings of their PBS special “Dailey & Vincent ALIVE – In Concert.” Their most recent CD, Dailey & Vincent Alive, debuted at #1 on the Billboard Bluegrass charts and remained at the top position for over 15 weeks.

About the Grand Ole Opry.

The Grand Ole Opry is presented by Humana. Opry performances are held every Friday and Saturday of the year, and Tuesday Night Opry shows will return February 14, 2017. To plan an Opry visit, call (800) SEE-OPRY or visit opry.com. The Opry presents the best in country music live every week from Nashville, Tenn. Marking more than nine decades of entertainment, the Opry can be heard at opry.com and wsmonline.com, Opry and WSM mobile apps, SiriusXM Satellite Radio, and its flagship home, 650 AM-WSM. The Grand Ole Opry is owned by Ryman Hospitality Properties (NYSE: RHP). For more information, visit opry.com.