Dailey and Vincent – Brothers Of The Highway 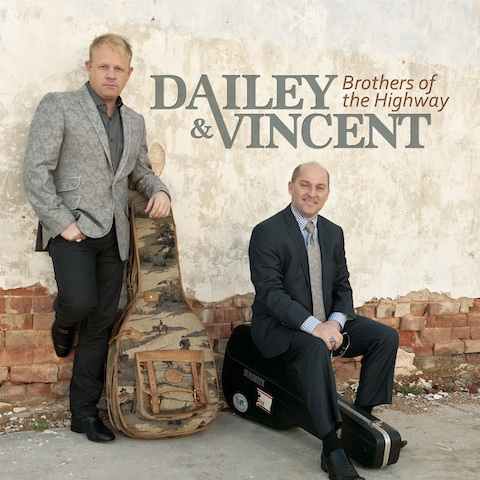 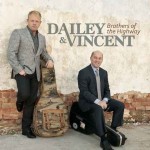 Acclaimed bluegrass group Dailey & Vincent will release their sixth studio album, Brothers Of The Highway, on 7th May, 2013. The eagerly anticipated follow-up to 2012’s Grammy-nominated The Gospel Side of Dailey & Vincent features a pair of original Jamie Dailey compositions as well as ten stirring and evocative new interpretations of songs made famous by the likes of Vince Gill, the Louvin Brothers, Kathy Mattea, Bill Monroe, Cody Shuler & Pine Mountain Railroad, George Strait, and Porter Wagoner.

While choosing material for this album, the duo, composed of Jamie Dailey on vocals and guitar and Darrin Vincent on vocals and bass, found inspiration in the words of their friend and mentor Ricky Skaggs, who advised them “You can’t know where you’re going unless you know where you’ve been.”

I am extremely passionate about this album. It is a reflection of my heart, my soul, and my love for great music. When it was time to record this album, Darrin and I knew exactly what we wanted it to be. We both agreed that it was time to record a straight-ahead Bluegrass record consisting of a blend of original songs and songs from the past that we absolutely love. We know where we came from, and we know where we want to go. We feel this record is in step with our musical dreams, and we are excited for people to hear it – Jamie Dailey.
Brothers Of The Highway” has been a labor of love for us,” adds Vincent.  “We wanted to make an album about the joys of a simple way of life and tell stories through descriptive lyrics about friends, family, and love. I am so proud of this album. From the bottom of my heart, I hope you enjoy these songs as much as we enjoyed performing them for you – Darrin Vincent.

Since they burst onto the scene in 2007, Dailey & Vincent have amassed an impressive array of honors including three consecutive IBMA (International Bluegrass Music Association) Awards for Entertainer of the Year and Vocal Group of the Year, respectively; two Grammy nominations, and the 2011 Dove Award for Bluegrass Album of the Year. The band, dubbed the “rock stars of bluegrass” by CMT.com, has also become a perennial favorite on the touring and festival circuit: they play over 115 shows per year to sold out crowds in the United States and have developed a strong international following.

A number of stellar guests lent their talents to this album, including Johnny Beller on Dobro, Molly Cherryholmes on fiddle, Mike Compton on mandolin, Joe Dean on banjo, Jimmy Fortune on vocals, Andy Leftwich on fiddle, mandolin and mandocello), and Bryan Sutton on guitar.