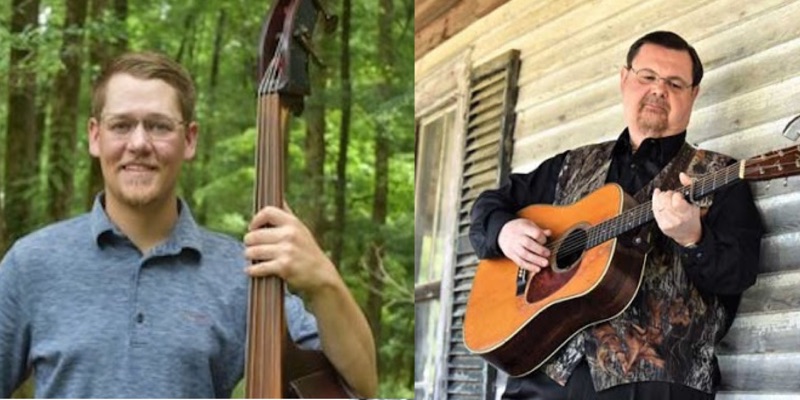 The Junior Sisk Band has recently announced that bassist, Curt Love, is to join the band replacing Gary Creed who is stepping down.

The Gary Creed of Fincastle, VA. has resigned from the Junior Fisk Band to focus more time on the business he owns. The band has wished him well while still looking forward seeing him at some shows and jams.

I knew Curt as a banjo player, but when he played the first song with us on bass, we knew he was our bass man. We all looked at each other and said wow. He knew our material very well and was ready to show us! Looking forward to hitting the road with him this summer – Junior Sisk.

Curt Love hails from Oakboro, NC and first began playing bluegrass music when he received a mandolin from his Uncle, at 8 years old. That instrument wasn’t a great fit for him, so as with most super talented NC musicians, he just kept working his way through his options until he found the banjo, which became his master instrument. He heard bluegrass music the first time at a IIIrd Tyme Out concert at three years old, and has been hooked ever since. “

I wouldn’t listen to anything else after that IIIrd Tyme Out show, and to this day it’s all I really care for – Curt Love.

Former (Bill Monroe) Bluegrass Boy, Bill Simpson mentored young Curt early on and has continued to give him pointers ever since. Upon starting to jam with other local musicians, it was Gary and Sandy Hatley who actually took him to his first bluegrass festival. Love remained there under their guidance for the remainder, and they often attend festivals and play music together to this day. Over time, he also began playing upright bass and guitar as well, essentially solidifying him as quite an asset to any band. The Junior Sisk Band is Curt’s first full time bass gig.

I’ve been a fan of Junior Sisk’s music from the first time I heard his band play, but I never would’ve thought I’d get the chance to play with him. I’m excited to be a part of his newest configuration and I can’t wait to start picking and traveling with all of them – Curt Love.