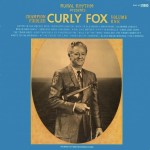 Rural Rhythm Records has released a long line of Old-Time Country, Bluegrass & Gospel albums during the label’s first two decades after Uncle Jim O’Neal started the label in 1955.  Many of these vintage classic albums are still in Rural Rhythm’s active catalog available on CD and digital formats.  Many songs are still available in the various artist collection titles found in the Sound Traditions Series.  Many tracks were previously released only on records and will come back to life through Rural Roots Digital.

Many legends and pioneers released albums during this period including Mac Wiseman, Hylo Brown, Don Reno & Bill Harrell, Red Smiley, Jim Eanes, Vassar Clements, J.E. Mainer, Earl Taylor & Jim McCall, Raymond Fairchild and many more.  Bringing the traditional “retro” vintage sounds from the past to the present in a convenient high-fidelity digital download format, Rural Roots Digital series preserves, protects, promotes and presents the ageless music of these artists for current and future generations to enjoy and appreciate using the technologies of the 21st Century.  Now you can listen to these classics at home or on the go.

Vintage music and systems are making a comeback as fans try to recapture the music experience created by the pioneers.  This is a great opportunity for the fans and collectors, as well as educators and historians, to appreciate the music that started it all. Maintaining a level of “permanence” within the digital world is important. Rural Rhythm is doing a great service to our music with the new Rural Roots Digital series.  Traditional roots music is in good caring hands and it’s out there to be heard and enjoyed.– Bob Cherry of Cybergrass.