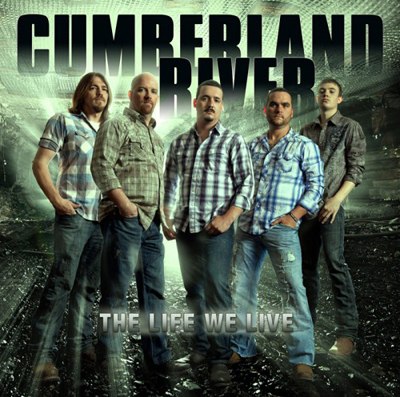 Rural Rhythm Records has announced the release of the new single Cold & Withered Heart by Cumberland River. The single is from their upcoming new album, The Life We Live.

This new project will be released on 26th July, 2011 and was the #1 most downloaded bluegrass/folk album on Airplay Direct.com last week.  The Life We Live showcases the songwriting talents of this young group with all five band members contributing to this impressive first national release.

Those attending the International Bluegrass Music’s World of Bluegrass will get a chance to see this Harlan, Kentucky band perform during their official IBMA Showcase this fall.

The Life We Live was recorded at The Curve Studio in Cumberland Gap, Tennessee, and was produced by Grasstowne’s Steve Gulley who also provided harmony vocals and rhythm guitar on several tracks.  Other guests include: three-time IBMA Female Vocalist of the Year award winner, Dale Ann Bradley on stand out tracks like This Life We Live and Mary Flynn as she harmonizes beautifully with the deep, rich vocals by Dustin Middleton; plus Justin Moses (Ricky Skaggs & Kentucky Thunder) lends his incredible fiddle and Dobro talents.