Cumberland River – The Life We Live 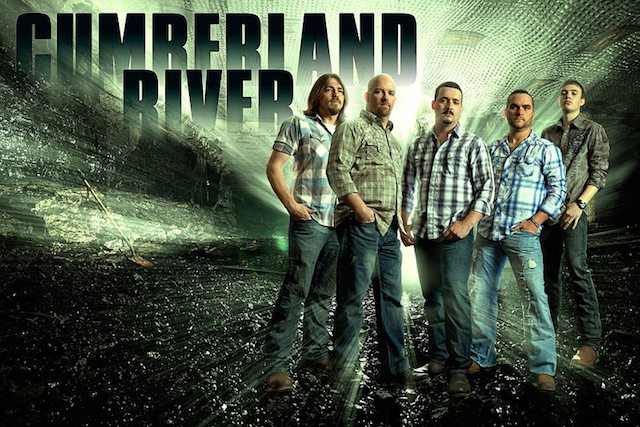 Rural Rhythm Records has announced the release of Cumberland River’s new album The Life We Live featuring 13 tracks of original bluegrass music written by band members James Dean on banjo, Joseph Jones on bass, Dustin Middleton on mandolin and guitar, Andy Bruckner on guitar and  Jamie Stewart on Dobro. Also featured on the album are Justin Moses on fiddle and Dobro, Steve Gulley on guitar and harmony vocals and Dale Ann Bradley on harmony vocals.

Cumberland River’s roots have run deep in Harlan County Kentucky hills for generations, so it is no surprise fans can hear the heritage of traditional bluegrass in their music.  Their new album, The Life We Live on Rural Rhythm Records showcases the  songwriting talents of this hot young group with all five band members contributing to this impressive first national release.

The band began with a promise and hand shake between two friends while driving to a Saturday night jam session in 2009.  Early on, they decided they would have to write their own material to ensure their music would appeal to both the younger generation as well as the fans of more traditional, bluegrass music.  As evidenced by recent reviews from media and radio, plus their growing number of loyal fans, they have certainly accomplished that goal.

In July 29, 2010, Cumberland River was invited to perform for the writers and producers of the FX Network’s TV show, Justified while they were in Harlan gathering information for their upcoming season.  With only 24 hours notice, the band got together and wrote a song, Justified as a gift to the show.  They received a standing ovation from the writers and producers, including Graham Yost, the multi-award winning writer and producer.  Cumberland River added the song to their debut album, Rock Island Express which was released in September, 2010 and a newly cut version appears as a bonus track on their new album.

The Life We Live was produced by acclaimed singer, songwriter and Grasstowne band member, Steve Gulley.  This impressive new project is a fine collection of original music of heart felt songs and haunting ballads written by Cumberland River and taken from their life experiences and campfire stories from Harlan County, Kentucky.