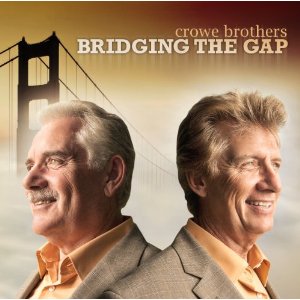 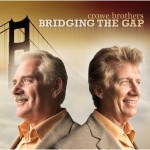 North Carolinan brothers Josh (guitar) and Wayne (bass) have been singing and playing bluegrass for over forty years.  They called themselves The Blue Ridge Mountain Boys in the early 1970s. From 1975 until they formed their own band about 1991, they worked with legendary banjo player Raymond Fairchild. During the late 1990’s and 2000’s, The Crowe Brothers released some stellar albums on the Copper Creek, King and Gusto labels.

Associated with the Rural Rhythm record label since 2008 when they put out their “Brothers ‘n’ Harmony” album, The Crowe Brothers continue to display remarkable powerful music in fine brother duet fashion. Their second CD on that label shows that they’re still able to present a sound that is both traditional and contemporary. They find good songs from decent songwriters, and Josh even contributes three self-penned compositions (I Knew It Wasn’t You, Grandma’s Little Boardside Cabin, The Winds are Blowing in Maggie Valley). His songs wistfully tell of love, winsome thoughts, and carefree life in Maggie Valley. It’s an old style of bluegrass, but it has a unique contemporary and spiritually-tinged flair.

The instrumental accompaniment is first-rate with experienced veterans Steve Sutton (banjo), Brian Blaylock (mandolin on 9 cuts, lead guitar), Steve Thomas (fiddle, mandolin), Ashby Frank (mandolin on 3 cuts), Randy Kohrs (Dobro). The charm of two brothers singing together with sincerity and honesty is what we’ve come to expect in unassuming, leisurely songs like Steve Watts’ “If It Takes More Than Love to Hold You.” The lively barn-burner “I’m Going Back to Old Virginia” shows another side of The Crowes. Strangely, the CD jacket does not provide songwriter or publisher credits for that song, as well as “Southern Moon.”  The former was originally recorded on the classic Josh Crowe & David McLaughlin 1994 album, and I’m informed that it was written by McLaughlin. All in all, everything fits very nicely on this harmonious album.