Crooked Road off to Kiwigrass 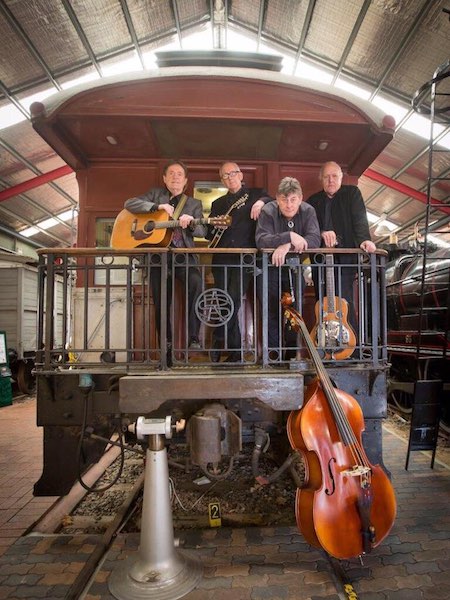 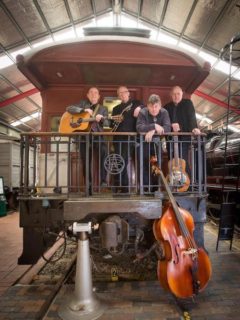 Another Aussie band are off to New Zealand for the first Kiwigrass Festival in February next year.

Crooked Road are the latest Aussie offering for the festival with their songs about “trains, whisky, death, relativity, love, despair, roadkill, rain and lost car keys… ” to quote one of the band members.

With various bands the members of Crooked Road have made 13 albums, many TV and radio shows and several national and international tours. Bluegrass, folk, country, gospel-their influences all come out in harmony-driven originals and a few pieces by their favourite musicians.
Formerly with Old South Bluegrass, Crooked Road are Phill Parker on guitar Andrew Hook on mandolin, Leonard Cohen on Dobro and David Taylor bass.

Phill sings in the folk, country and bluegrass traditions, playing with The Bill Chambers Band, Country Comfort, Shut Up and Deal, Highly Strung and The Bridgland Brothers. His song To Keep You Near won the 2018 SCALA lyrics award out of 200 entries world-wide.

Leonard fell into folk and bluegrass and played professionally with the Hamilton County Bluegrass Band and then with The Skillet Lickers.