Country Side of Bluegrass Janie Fricke 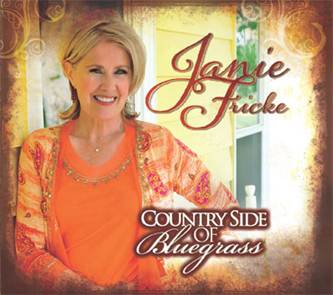 Janie Fricke, known to many in the country world for her hits in the ‘80s, is taking a spin at bluegrass with some fresh interpretations of many of her beloved tunes. Her release, Country Side of Bluegrass, is in stores now amid glowing reviews.  In partnership with New Music Deals, the album is available on iTunes, Amazon.com MP3, Amazon.com CD, www.janiefricke.com and at Ernest Tubb Record Shops.

The 13-track collection is produced by Bil VornDick, whose credits also include Alison Krauss, Bela Fleck, and Marty Robbins, and features some of the finest pickers in the industry. VornDick had this to say about the project, “Janie’s voice and presentation are among the best, ever! The album will make you smile with enjoyment.”

Between 1982 and 1986, Janie Fricke reeled off seven No. 1 singles as country music fans got to know her as more than a backing vocalist and in-demand duet partner (she also scored No. 1 hits with Charlie Rich and Merle Haggard in 1978 and 1985, respectively). Her run in the US alone through the 1980s consisted of 16 Top 10 singles with a brand of country/pop that paid homage to classic country.