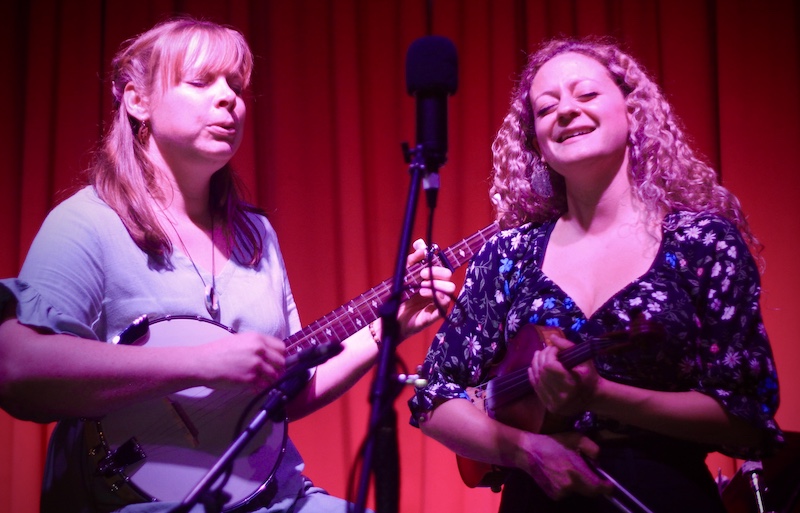 Corn Nut Creek is launching its latest original single Trails of Truth on 9th February 2022 – a progression from its country and bluegrass roots that signals a bold new direction for the indie folk duo. 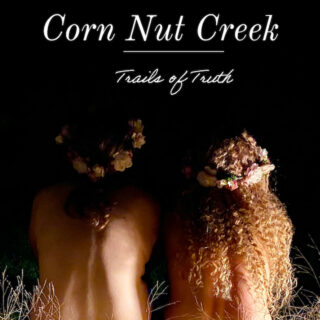 Corn Nut Creek’s latest offering is an evolution of that sound, freeing the band from its country confines, allowing its composers to experiment, explore and grow.

This is unlike anything we have done before. It’s fresh ground, and a new sound – a clear progression from where we have been. It’s growth and that is not surprising given the circumstances it was created under – Tanya Bradley.

Bradley and Sydney-based American Danielle Vita met nine years ago in Hong Kong, where they played together as part of the Dulcet Tone Collective – a modern five-piece folk orchestra. It was here they discovered their mutual love of folk and bluegrass music and the seeds of a beautiful and creative partnership were planted. They have been performing, collaborating and writing music together for the greater part of 10 years.

This song is about love, regret and holding on to the past. With everyone struggling and the pandemic taking so much, this song speaks to that loss. It is a love letter to those days that you might think on with rose-coloured glasses that are never coming back – Danielle Vita.

Corn Nut Creek is a story of two women from different sides of the world on a journey of self-discovery through music. The indie folk duo features Tanya Bradley’s banjo paired with Danielle Vita’s fiddle and vocals – an ensemble greater than the sum of its parts.

In 2020, their song Nowhere to Go was in the ‘Juror’s Top Five’ and was a category finalist in Blues & Roots Radio’s International Song Contest. The band was given an honorary mention for their entry in the Berkeley Old Time Music Convention’s 2020 String Band Contest (USA), and their debut EP featured on Felicity Urquhart’s ‘Saturday Night Country’ on the ABC, as well as Mike Kear’s Music From Foggy Hollow on Bluegrass Country Radio. They have appeared on Charles Christian’s Americana Radio Show (UK), The Brad Kolodner Old Time Jam (USA), Mike Crozier’s Australian Country (AU), Jolene Country Music Blog (AUS), Three Chords Country Music Blog (UK), AustralianBluegrass.com (AUS) and Ear To The Ground Music Blog (USA). They are planning to release their first full album in October 2022, followed by an Australian tour.

Corn Nut Creek’s latest single will be released to all streaming applications on 5th March 2022.