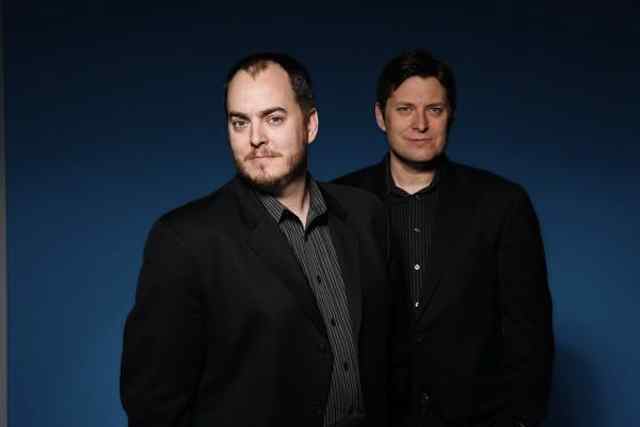 Last night at the historic Ryman Auditorium, the International Bluegrass Music Association presented the 23rd annual International Bluegrass Music Awards with hosts Del McCoury and Laurie Lewis in front of a packed audience of bluegrass musicians, fans and industry representatives. Over the course of the star-studded evening, Compass Records artists the Gibson Brothers took home the top prize in the bluegrass world – the coveted Entertainer of the Year Award – and also took the award for Gospel Recorded Event of the Year for their collaboration with Ricky Skaggs, “Singing As We Rise,” from their 2011 IBMA Album of the Year Help My Brother. Reigning winner Dale Ann Bradley was again crowned Female Vocalist of the Year, her fifth time receiving the award after her wins in 2011, 2009, 2008 and 2007.

Compass Records recording artists received a total of ten award nominations; the nominees showcased their incredible talent during the performances of the evening. Dale Ann Bradley and Pam Tillis performed their Song of the Year-nominated “Somewhere South of Crazy,” followed by the Gibson Brothers’ performance of “They Called It Music,” a new song written by Eric Gibson and Joe Newberry. Special Consensus performed their Recorded Event of the Year-nominated song “Monroe” with guest vocalists Josh Williams and Chris Jones, with Sam Bush and Bobby Hicks on fiddle.

The Gibson Brothers’ win for “Entertainer of the Year” was the result of their hard work, unwavering dedication and weeks on the road.

We are honored and humbled by this award. We honestly didn’t see it coming. It would have been no shame to lose to the other nominees, all deserving. I really think winning is the result of perseverance, even stubbornness. We have stayed the course at times when maybe it made little sense to continue and thank God we did. We’d have never held the Entertainer of the Year trophy otherwise. Our goal remains the same – to improve as singers, writers and players and to make the next record better than the next – Eric Gibson of the Gibson Brothers.

The Gibson Brothers will re-enter the studio later this year to begin working on their yet-unnamed new CD.

Compass Records has been called “one of the greatest independent labels of the last decade” by Billboard Magazine. The label is home to many artists including Colin Hay, The Gibson Brothers, Victor Wooten, Altan, Peter Rowan and Luka Bloom and through the acquisition of Green Linnet and Mulligan Records has the largest Celtic catalog in the world. The label group also handles distribution for Victor Wooten’s Vix Records, UK-based folk music label Navigator Records and the iconic Americana imprint Dead Reckoning.