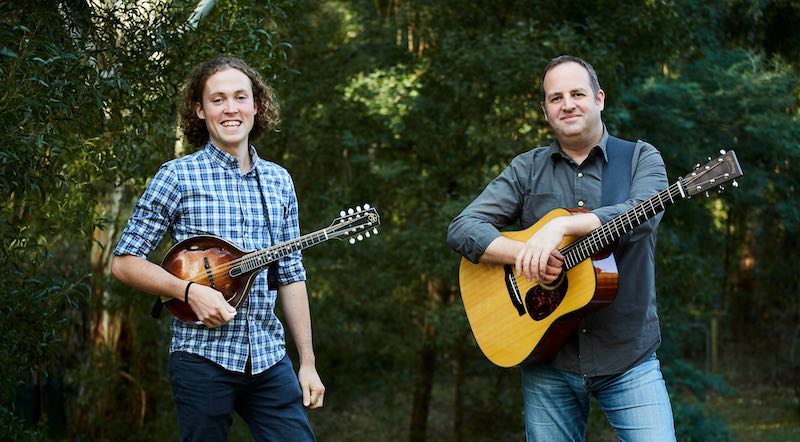 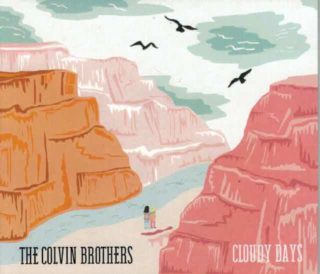 Vinny Russell on mandolin and Colin Weight on guitar are the Colvin Brothers. Brothers in music making but not through family. They have just released a new album called Cloudy Days.

This CD is a contemporary approach to the music that has its roots steeped in tradition, courtesy of names such as Mac Wiesman, Hank Williams, AP Carter and the like. There are a couple of originals on this album that one could mistakenly take for traditional songs such is their character and adherence to tradition.

On this album of 12 tracks, the Colvin Brothers have a wonderful control of their vocals, delivering harmonies with such dexterity you’d think that they were indeed brothers.

The CD opens with a track made popular by Mac Wiseman, I Still Write Your Name in The Sand, Colin on which Vinny and Colin unleash their skill and control through versatile musicianship and well composed harmony. Other notable tracks include This Mountain, written by Colin Weight, is a classic sounding song delivering a metaphor of challenges and travels in life. Other stand outs for me are Coleen Malone (Leroy Drumm) and Long Time Gone (Tex Ritter) Just to prove the Colvin Brothers are no slouches when it comes to musicianship they nail the old traditional tune  The New Five Cents delivering listeners with about $20 worth of value. 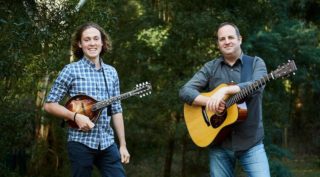 This is a great CD by a couple of pickers who leave nothing wanting in the variety of songs, quality of performance and musicianship. Cloudy Days might be their first CD but it will be a hard one to beat when it comes time to consider a second.

This fine album is available from the Colvin Brothers website.

About The Colvin Brothers:

Vinny Russell is a 24 year old mandolin player from North-East Victoria. Originally a guitarist, Vinny was introduced to bluegrass music after leaving school when Pete Denahy loaned a Nickel Creek record and a spare Mandolin to him after a jam at the Yackandandah Star Hotel. From here Vinny went down the slippery slope of bluegrass music, backtracking to the roots of the genre and finding inspiration in contemporary bluegrass outfits such as Mile Twelve, The Punch Brothers and I’m With Her. Playing a Brisbane-made Dunn A-Style mandolin, Vinny enjoys learning tunes and picking and singing some songs with other bluegrassers until the wee hours whenever possible.

Colin Weight started playing guitar at seven, and spent most of his teens and 20s playing professionally around London. After moving to Melbourne in 2000, he continued playing gigs with various bands, as well as solo acoustic gigs. Feeling that something wasn’t quite right, around 2008 Colin packed away his amps and guitars and bought a banjo. From there, he found a whole new world, and quickly realised this is where his musical heart was. After a few years at the banjo, Colin became a founding member of Nine Mile Creek, and enjoyed playing festivals and getting to know bluegrass musicians and supporters from all around Australia. One of those musicians was a young Vinny Russell. Colin had been rekindling his first love, the guitar, by way of bluegrass and old time country music. Seeing a kindred spirit in Vinny, and realising they were a great vocal and musical match, “The Colvin Brothers” was born.