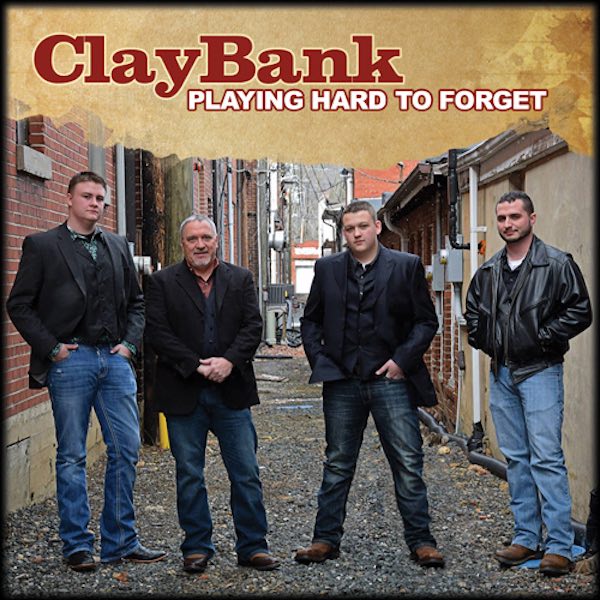 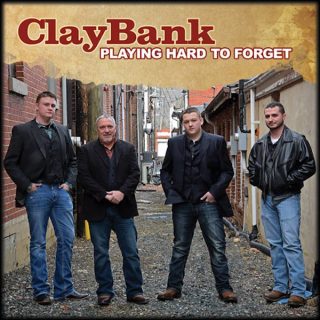 Rural Rhythm Records has announced the debut album “Playing Hard To Forget” by ClayBank will be released on September 30th. The current single “Up On Claybank” from the debut album was #13 on last week’s Bluegrass Today Weekly Airplay Chart and is being received enthusiastically by bluegrass radio. Written by band members Zack Arnold and Jacob Greer, “Up On Claybank” features the lead vocal of Zack Arnold and captures the culture and charm of growing up in this rural community.

ClayBank is another fine band from North Carolina and their first CD is a dandy. From the opening note to the last, these young men demonstrate, not only a respect for traditional bluegrass, but also an ability to deliver the high lonesome sound that would make Monroe smile with pride. Superb musicianship. Energetic vocals. Tight harmonies. It’s a winner – Bob Mitchell, DJ, host of BOB, Best of Bluegrass.

ClayBank members contributed three original songs to the album, “Foot Of The Phoenix”, “Daddy Would Sing” and the first single“Up On Claybank”. The band also reached out to some of the top songwriters for songs on their debut album including; Becky Buller (“How I Love You”), Milan Miller and James Ellis(“Playing Hard To Forget”, “A Little Bit Of You”), Randall Hylton (“It Almost Feels Like Love”), Eli Johnston and Kevin McKinnon (“Demise of Handsome Molly”), as well as Dennis Linde, Stephen Paul Phillips, Lee Black, Kenna Turner West, Jay Don Johnson.

Produced by Steve Gulley and ClayBank, Playing Hard To Forget delivers drive, high energy and beautiful harmonies that fans have been experiencing at ClayBank’s live shows and can now be enjoyed on their debut album on Rural Rhythm Records.

Hailing from the mountains of western North Carolina, an area that is steeped in the musical heritage of bluegrass, old-time and gospel music, ClayBank has been turning heads in the Bluegrass community ever since their formation a little over a year ago. The band took the grand prize at the 2016 band competition at RenoFest (an event honouring the late and legendary musician, Don Reno) and 3rd place honours this year at the 2016 SPBGMA (Society for the Preservation of Bluegrass Music) National Band Championship.

ClayBank consists of youngsters Zack Arnold (16) on mandolin and vocals and Jacob Greer (17) on guitar and vocals along with Tyler Thompson on banjo and vocals and Gary Trivette on bass and vocals. The band takes their name from the community of Claybank (near West Jefferson, NC) that is not only where they meet together to hone their craft but the place that embodies the very spirit of the music they play. The band members are not related by blood but are tightly knit by the love of the music that they share as well as their love for the Lord.

Playing Hard To Forget can be downloaded by D.J.’s at AirPlay Direct and will be available now on iTunes, Amazon and wherever Bluegrass music is sold.

For more information and tour dates on ClayBank go to Claybank.com.