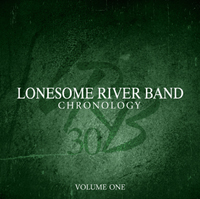 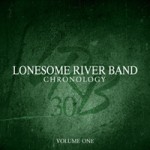 Lonesome River Band has done what few bands have done, continuously reinvented itself through the years, staying both popular and relevant – Keith Lawrence Owensboro Messenger-Inquirer and Bluegrass Notes Reviewer.

U.S. Fans can tune into WSM Radio today at 9:00 AM (Central) when host Bill Cody welcomes Sammy Shelor and Brandon Rickman to the show. On Wednesday Shelor will be appear on WorldwideBluegrass.com with host Terry Poirier at 10:30 AM (Eastern) and later in the day with live in-studio interview with hosts Jay Allen and Sherry Boyd on WBRF Radio in Galax, Virginia at 8:00 PM.

In November 2011, the Lonesome River Band with special guest, Steve Martin performed on The Late Show with David Letterman celebrating Sammy Shelor’s award for The Steve Martin Prize for Excellence in Banjo and Bluegrass.  Martin and Shelor sat down with the late night host who proudly displayed the award followed by an incredible performance of “Molly” (No Turning Back) by band members, Brandon Rickman on lead vocals and guitar, Mike Hartgrove on fiddle, Barry Reed on bass and harmony vocals, Randy Jones on mandolin and harmony vocals, along with Steve Martin and Sammy Shelor on banjo.

Rural Rhythm advises that LRB are also planning two further additions to the Chronology series with Volumes Two and Three. They are also planning a big event celebration scheduled for later this year. For more information visit the Lonesome River Band website.