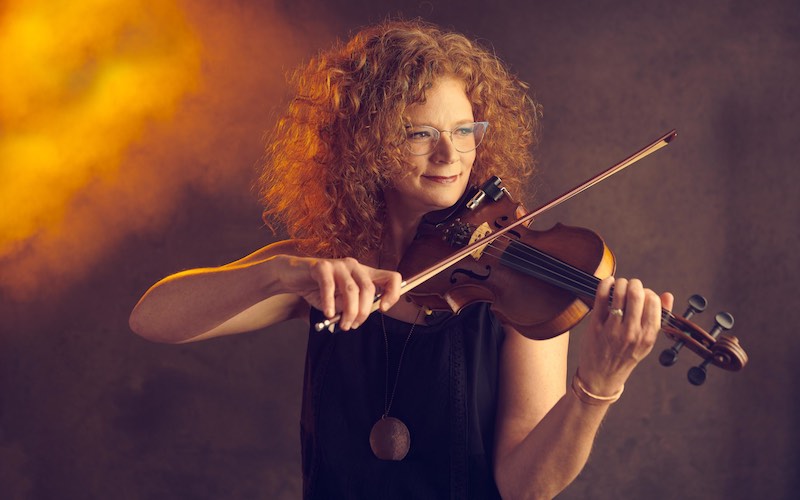 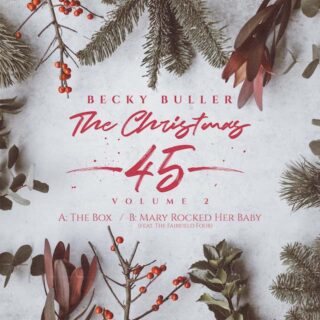 Select your preferred digital platform to hear or download here.

Surprise and merry Christmas, everybody. These two new tunes are our gift to you this holiday season. The Box was co-written with the fantastic dancing Canadian fiddler April Verch and features my insanely talented road band. The Grammy award-winning Fairfield Four and I recorded ‘Mary Rocked Her Baby’ all the way back on Thanksgiving weekend 2016!! I’m especially excited to release this song this year because is is The Four’s 100th anniversary as a band. (These gentlemen are obviously the third generation of the group.) This one was co-written with the incomparable Lisa Aschmann from right here in Nashville. My prayer for all of us is that we spread the light of hope, joy, peace and love wherever we go – Becky Buller.

Becky Buller is a multi-instrumentalist, singer, songwriter, and producer from St. James, MN, who has traversed the globe performing bluegrass music to underwrite her insatiable songwriting habit. Her compositions can be heard on records by Ricky Skaggs, Rhonda Vincent and Doyle Lawson & Quicksilver, to name just a few.

Becky has written songs for Grammy award-winning albums: she co-wrote “Freedom,” the lead-off track of The Infamous Stringdusters 2018 Grammy-winning album Laws of Gravity as well as “The Shaker” on The Travelin’ McCoury’s self-titled release that brought home the 2019 Best Bluegrass Grammy.

She tours extensively with the Becky Buller Band and just released Distance And Time, her third album for the Dark Shadow Recording label.

Equally passionate about bluegrass music education, Becky has 20 years experience teaching fiddle, singing, and songwriting at workshops and camps around the world.   She currently serves on the board of the IBMA Foundation.