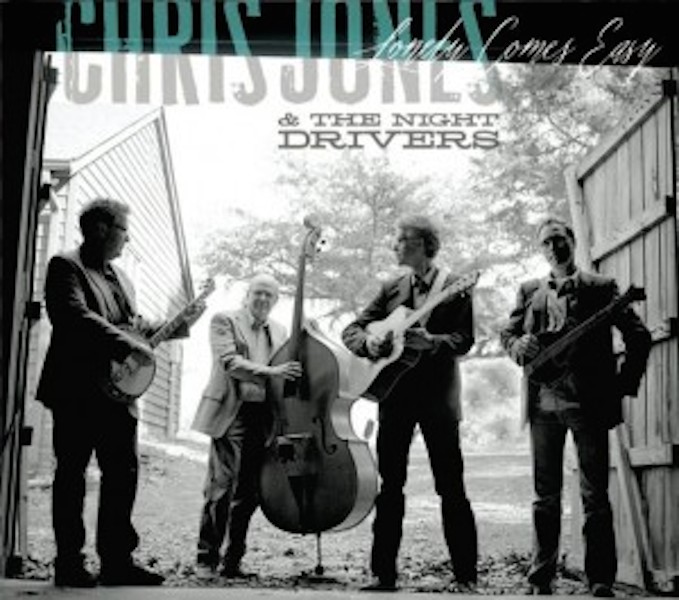 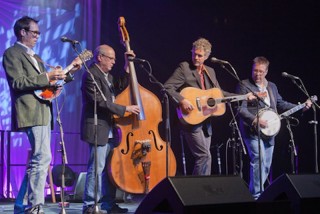 With success of 2013’s Lonely Comes Easy, their first all-new collection since 2009’s Cloud Of Dust, Chris Jones and the Night Drivers are thrilled to announce a new live album, Live At The Old Feed Store, to be independently released October 7, 2014.

Musically, Live At The Old Feed Store will feature originals like “Battle of the Bands” (a soon-to-be-released single co-written by Night Driver Jon Weisberger and previously recorded by Chris for The 1861 Project), “Like a Hawk” and “Follow Your Heart”, the latter of which was co-written by Chris Jones and features guest vocalist Sally Jones. The album also offers concert staples like “Bound To Ride,” “Cabin Of Death” and “Edelweiss,” along with a new version of a George Jones song (“I Cried Myself Awake“) that Chris first recorded more than 20 years ago as a member of the Special Consensus.Emily Bankester of The Bankesters is also a guest on the original song “Then I Close My Eyes.” The album was recorded at one of the band’s favourite intimate venues, the Old Feed Store in Cobden, IL, on two successive nights in the summer of 2013 and mixed by Mark Stoffel.

The critically-acclaimed vocalist, guitarist, and songwriter behind Chris Jones & the Night Drivers has one of the most distinctive voices in bluegrass, a smooth, low croon that goes down like whiskey with a little bit of honey – Brittney McKenna, The Bluegrass Situation. 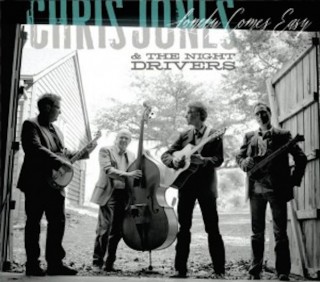 Although the band’s “low lonesome”-singing frontman founded the group back in the mid-1990s, Engine 145’s Henry Carrigan notes, “…in recent years the group has enjoyed growing acclaim not only for its deft musicianship and love of traditional music but also to its musical inventiveness and the songwriting genius of the group’s various members.” This past year, the band has had nine songs charting in Bluegrass Today‘s monthly chart, with five songs hitting the Top 5, including three rising to #1.

One of the most distinctive and best voice in music, period. It’s like fine wine for the ears. Enjoy another round — it’s good for you. – Jim Lauderdale.

Chris Jones and the Night Drivers will be on tour this USA summer and fall. In mid-August they play the Targhee Bluegrass Festival in WY and the Red Clay Bluegrass Festival on Prince Edward Island in Canada. At the end of August they hop on to the Bourbon & Bluegrass Steamboat Tours, from St Louis to Cincinnati and back again, for two special river tours that offer a rare opportunity to experience the dynamic blend of historic discovery, toe-tapping bluegrass and the finest distilleries on the Bourbon Trail. Upon return to solid land, the group hits the road again towards the ends of September for shows at Bean Blossom, the Outer Banks Bluegrass Island Festival and the Tennessee Fall Homecoming at the Museum of Appalachia. They’ll also be traveling for a European tour for ten days in October.

Earlier this year, they traveled from Montana to Kansas to New England–not necessarily in that order–as well as points in between, with stops at Big Sky Big Grass, Joe Val Bluegrass Festival, Merlefest, DelFest, Bluegrass on the Plains in Auburn, AL and the Huck Finn Jubilee near Los Angeles. Big Sky Big Grass gets the award for the biggest on-stage jams with the Sam Bush Band, Jones played The Band’s “Up On Cripple Creek.”Luberecki was also part of MerleFest’s First ever BanjoRama which was hosted by “Dr. Banjo” Pete Wernick.