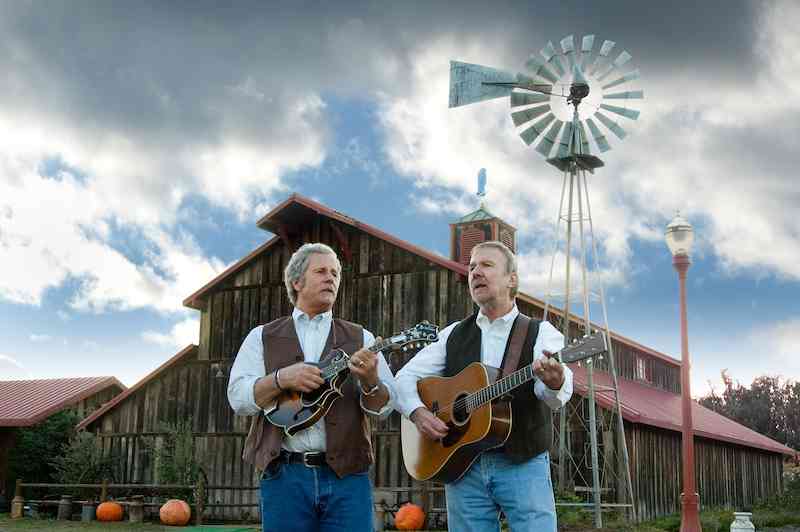 Chris Hillman and Herb Pedersen are touring various dates in Australia in March this year.

Chris Hillman and Herb Pedersen have had a lasting musical friendship spanning over forty- five years, since their first meeting in Los Angeles during the early folk and bluegrass movement.

In the summer of 1964, Hillman put down his mandolin after being recruited to play electric bass for a new band, The Byrds. Through various Number One hit songs such as Mr. Tambourine Man and Turn! Turn! Turn!, The Byrds established themselves as a cornerstone in the new cultural and musical movement of the Sixties.
Herb Pedersen continued his career in bluegrass, working with the incomparable Flatt and Scruggs, among others. In 1967, Hillman established himself as a songwriter with his first song, Time Between, noted by many as being the first country-rock song. After his tenure with The Byrds, Hillman, along with Gram Parsons, formed The Flying Burrito Brothers, now looked upon as the forerunners of the alternative country-rock style.

From The Flying Burrito Brothers to Manassas and then on to Souther–Hillman–Furay, Chris Hillman continued to develop as a singer and songwriter. In the early 1980s, Hillman reunited with Herb Pedersen and, along with John Jorgenson, formed the critically acclaimed Desert Rose Band. The Desert Rose Band enjoyed many Number One country singles throughout the decade, including One Step Forward, Summer Wind, and He’s Back and I’m Blue. By the mid-nineties, Hillman and Pedersen began performing as an acoustic duo and have recorded several successful albums together. Their latest record, “At Edward’s Barn,” continues their long-running love for the music they embraced so passionately years ago.
In 1991 Chris Hillman was inducted into the Rock and Roll Hall of Fame as a member of The Byrds, and has received many accolades for his songwriting. Herb Pedersen was the number one session singer and instrumentalist in the Los Angeles area for decades, performing on many notable artists’ albums. The Desert Rose Band, fronted by Chris, Herb and John Jorgenson, was honored by both the Academy of Country Music and the Country Music Association as “Best Vocal Band.”