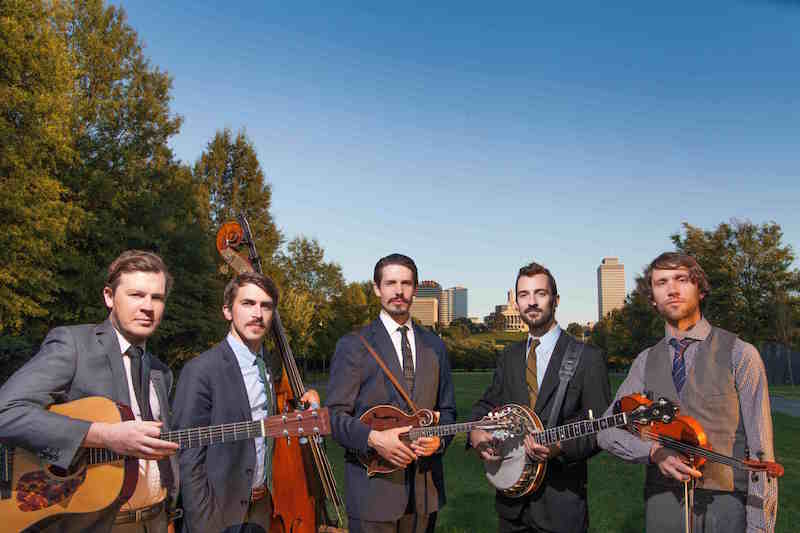 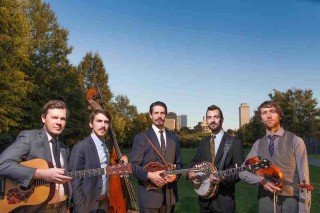 Peter Rowan’s mandolin-player, Chris Henry, returns to Australia with his own band, The Hardcore Grass, for a five-week tour, starting with the Dorrigo Folk & Bluegrass Festival and ending with MountainGrass.

Chris Henry grew up in the Shenandoah Valley, Virginia, USA, the son of veteran bluegrass musicians, Red and Murphy Henry. He moved to Nashville about ten years ago, and has been making quite a name for himself as one of the most highly regarded and sought-after young musicians on the American bluegrass scene. The International Bluegrass Music Association has labelled Chris Henry as “the premier Monroe-style mandolinist of his generation”, while US Bluegrass legend Peter Rowan describes him as “a bright young star in Bluegrass Music”, and has made him a full-time member of the Peter Rowan Bluegrass Band.

As well as his considerable skills on the mandolin, he is recognized as a brilliant guitarist, great singer, music teacher, and a prolific and talented songwriter. He received an International Bluegrass Music Association nomination for Song of the Year in 2011 for writing “Walkin’ West to Memphis”, which has also been recorded by other artists, including the Gibson Brothers, whose version of the song went on to be a top five hit. He has released a number of CDs, including solo albums “Monroe Approved”, “Making My Way To You”, and his 2015 solo release, “Im Gonna Wait On Jesus”, together with his 2014 Oz tour band album, “Walkin’ West To Memphis”.

He first impressed Australian audiences when he toured here in March 2014 as a member of the Peter Rowan Bluegrass Trio. As a result of that tour, he was invited back with his own band to headline the Dorrigo Folk & Bluegrass Festival in October 2014, which he followed up with a string of dates in NSW and Victoria, including the Mountaingrass Festival in Victoria. That tour was so successful that he’s back again this October/November for a five-week tour, again starting with Dorrigo and ending with MountainGrass.

This year Chris is touring with a new five-piece version of his band, The Hardcore Grass, consisting of himself on mandolin and vocals, Kyle Tuttle (USA) on banjo, George Jackson (fiddle and vocals), Dan Watkins (guitar and vocals) and Andrew Small (USA) on double bass .

Kyle Tuttle is a Nashville-based banjo-player, playing with Jenni Lynn & The Palmetto Bluegrass Band, Rebecca Frazier and Hit & Run, and with Chris Henry. New Zealand-born Melbourne-based, George Jackson, is a brilliant young fiddle and banjo-player, winner of many awards, including the 2012 Tamworth Golden Fiddle Award, and the Banjo Competition at the 2013 Rockygrass Festival in Colorado. George also joined Peter Rowan and Chris Henry on the 2014 Peter Rowan Bluegrass Trio Australian tour. Daniel Watkins is a strong vocalist and master-guitarist from Newcastle, NSW, while Andrew Small, who hails from North Carolina, and is a Yale School of Music masters graduate, is a highly regarded double bass-player on the Nashville music scene. George, Dan and Andrew are also known to Australian audiences as the trio, One Up Two Down.

You can find more info on the band: