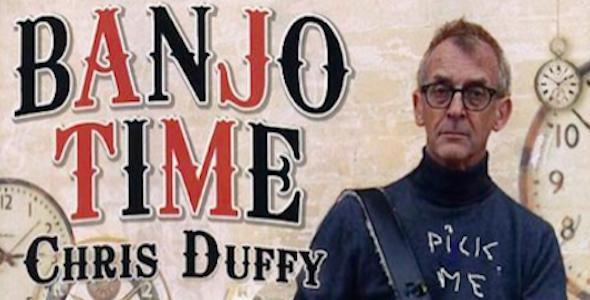 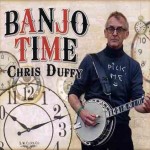 There’s a twang in the air and that’s because Chris “Digits” Duffy has pulled another treat out of his bag after years of playing mostly jazz guitar. Banjo Time is full of dash and dazzle, a testament to Chris’s eclectic taste, his talent, his wit and intelligence. So set your clocks to universal banjo time, sit back and enjoy.

This tribute gig/CD launch features some of Australia’s great Bluegrass musicians and bands including John Kane, Paul Wookey, Ian Treddinick, Peter Daffy, Doug Wallace, Pete Fidler, Steve Gilchrist, Rick Dempster and many more who played with Chris at one time or another. Bands including Coolgrass and Fat Chance will also be there. It promises to be a great Bluegrass afternoon.

About Chris Duffy Chris Duffy played the banjo for about 40 years and was one of the first generation of Bluegrass banjo players in Australia. He toured Australia extensively – with Sim Dusty’s band as well as in his own right – and was Australia’s first National Banjo Champion. He performed in long-running Broadway musicals, made movie soundtracks and wrote for TV shows and had five albums released before Banjo Time. Chris was also well known for bringing and touring artists to Australia – Vince Gill, Byron Berline, Dan Crary, Bill Keith, Mark O’Connor among them.

Chris was diagnosed with pancreatic cancer in April 2012 and died on 24th July 2012, just a few days before Banjo Time was completed, but he saw the final cover and heard the final mix. He liked it and so will you.

Banjo Time will be available for sale at the concert at the special price of $20 (or it is now available online from www.australianbluegrass.com at $25 including postage).

The concert will feature some of  Chris’s friends: