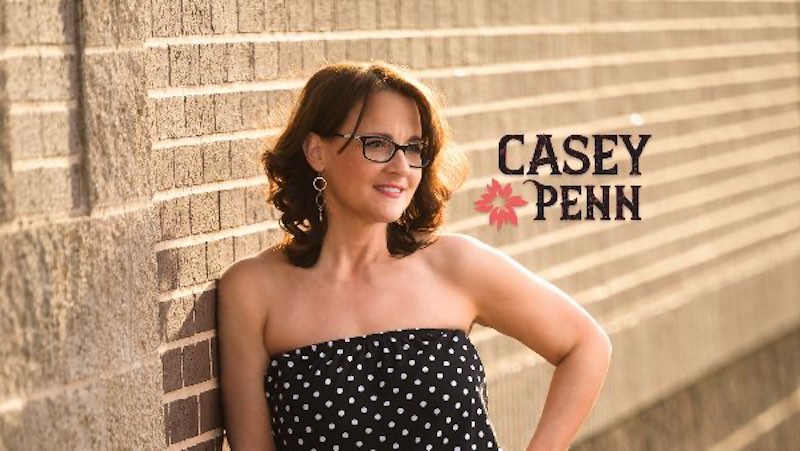 There are a lot of great singers out there… Casey Penn is not only a great singer-songwriter but someone who sings from the depths of her heart, and you feel it when you hear her sing. A wonderful talent – Tim Raybon.

My first single, Chasing Rainbows, is written by Dana Landers and Russ Ragsdale. No matter our age or experience level, we all need someone in our lives who lifts us up when we’re chasing a dream – particularly one that can be as elusive as success in the music business. Dana was a person who did this for me and for many others. A skilled writer and caring friend, her catalog includes countless songs written to strengthen the vulnerable and celebrate those working hard to achieve their dreams – Casey Penn.

Ms. Pat Couch Laster was my choir teacher in eighth grade. She put piano music to the first song I ever wrote and taught me about song structure. She was the first person to believe in me enough to help me – Dana Landers, songwriter. 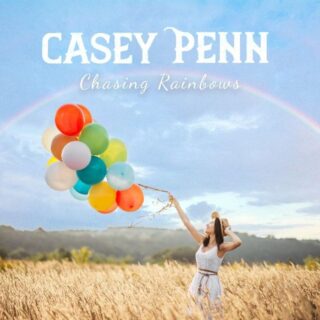 Moved by memories of Laster’s generosity and equipped with a sweet melody by her cowriter, Landers wrote simple, well-crafted lyrics that listeners of all ages can relate to and truly need to hear: You knew I’d be off chasing rainbows in the sky … you knew the gold at the end was mine / you saw something in me I needed to find -now I’m chasing rainbows all the time..

Based in Central Arkansas, Casey is excited to launch her solo career. She is a former founding member of the Americana duo Lee Street Lyrical. Now dissolved, the band was signed to Travianna Records and was a repeat nominee for Acoustic Act of the Year in the Arkansas Country Music Awards. Their release, I’ll Never Be A Mountain Girl,” written by Casey Penn and Nashville artist Irene Kelley, reached #8 on Bluegrass Today’s Weekly Grassicana chart. Casey also serves as a coordinator for the Nashville Songwriters Association, Central Arkansas Chapter.

One of the greatest joys in reviewing CDs is the discovery of new music … Penn’s cut-to-the-soul vocals are featured in several of the songs … My favorite is the opening cut, ‘Oceans (I Have Cried),’ which won an honourable mention in the 2016 Hazel Dickens Bluegrass Songwriting Competition – Bill Conger.