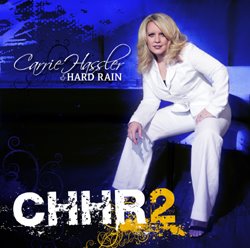 Carrie Hassler surprised a lot of people with her debut album, not the least of all herself. Just four years ago she was a young mom in Crossville, Tennessee, then in a story that echoes Connie Smith’s rise from homemaker to heroine forty years ago, the music business came looking for her– Nashville writer/producer, Craig Havighurst.