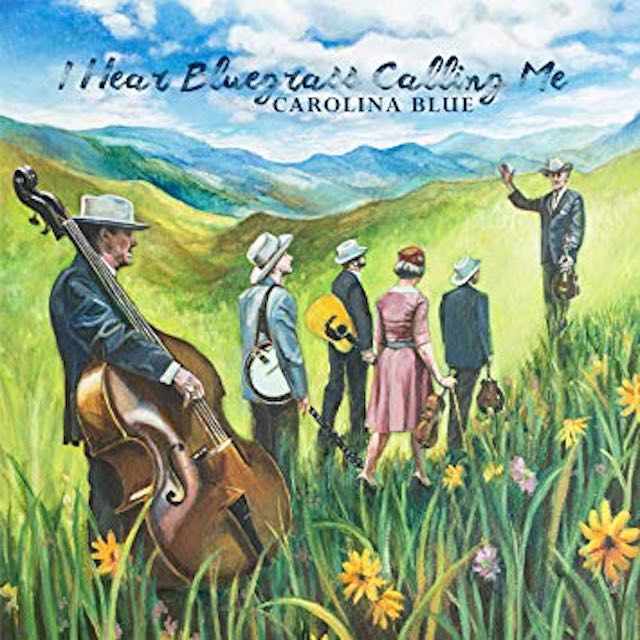 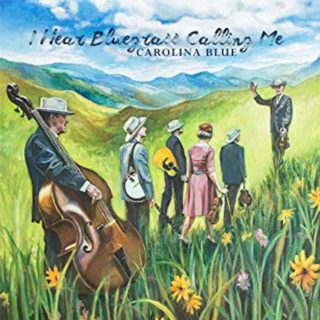 The time has finally come, as Bluegrass band Carolina Blue releases their highly anticipated new project, I Hear Bluegrass Calling Me. Released via Pinecastle Records, the album includes 13 new recordings, and serves as the group’s third full-length LP. In addition to being released at physical and digital retailers (download and stream here), fans can also buy a copy of I Hear Bluegrass Calling Me on vinyl as well, marking the label’s first venture into the popular manufacturing style.

This album is a culmination of about 12 years of hard work. Our goal has always been to preserve the music created by Bill Monroe, while carving out our own niche with original material. Some of these songs were written years ago, while some are brand new and we hope you will enjoy them all! Many thanks to Lonnie Lassiter, Ethan Burkhardt, and all the folks at Pinecastle Records for taking a chance on Carolina Blue and giving us the freedom to offer our bluegrass music as we interpret it and for working so hard on our behalf. I hope you will all enjoy I Hear Bluegrass Calling Me – Bobby Powell, Carolina Blue.

The lead single, Rusty Rails has already began generating great interest. The track has already climbed into the Top 5 on Roots Music Report’s ‘Top 50 Traditional Bluegrass Song Chart.’ Ahead of the official release, the album has already stormed its way into the Top Ten of the ‘Traditional Bluegrass Album Chart,’ where it continues to rise. “Rusty Rails” was written by band members Bobby Powell and Timmy Jones, and is centred-around all of the abandoned railroad tracks in the singer’s hometown of Brevard, N.C.

Listening to Carolina Blue’s new album, I Hear Bluegrass Calling Me, takes me back to when I first saw Bill Monroe and his Bluegrass Boys at Memorial Hall in Dayton, Ohio when Lester Flatt and Earl Scruggs were a part of his band. I appreciate their efforts to keep bluegrass down to Earth, but is their own style. I look forward to seeing how far they go – Bobby Osborne. 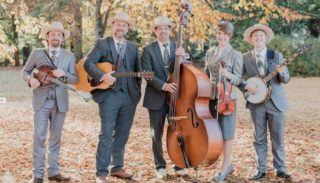 The full I Hear Bluegrass Calling Me project has several highlights, including the opening title track. Carolina Blue’s distinct instrumentation is on full display as the group takes their picking to a new level. Another standout moment occurs on the track, “Longing for Home” which tells the story of returning home, detailing thoughts and memories associated with the visit which takes a trip down memory lane. The thought-provoking video for the song is slated for release next week.

Since Bobby and I started this band, we have been committed to persevering with bluegrass music in the format that Bill Monroe created it to be.  In order to honour the Father of bluegrass, we vow to stay true to the high lonesome sound and hope to keep giving our friends and fans what they want, with our traditional vamp! Always listen… the bluegrass will be calling – Timmy Jones, Carolina Blue.

Carolina Blue has a jam-packed tour schedule throughout 2019. To find all upcoming tour dates, latest news stories and more, visit the band’s official website. The chart-topping band recently signed with Roe Entertainment, so stay tuned for even more exciting news to come!